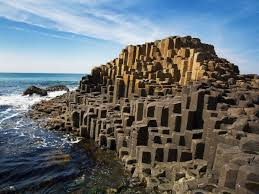 Ireland is green and pleasant land that still retains its rural charm and heritage. It is also reckoned to be one of the best places for myths and folktales that have gone on to inspire and enchant the world. Why is this place such a rich well of tales and imagery? Many aspects of Irish culture and like permeate it. For example Mens Aran Sweaters, like those from Shamrock Gift, were thought to contain the Celtic knot design. The truth is that it was taught to the women of Aran by the knitters of Guernsey at the turn of the twentieth century.

Irish folklore and tales were passed down orally before the arrival of christianity. With the new religion came paper, skins and the written word so many of the tales were recorded for the first time. Many of them were given a christian perspective or added to with christian tales. However many remained. This oral tradition still persisted and it explains the way that the Irish seem to have an affinity with words as they were the presenters of these tales.

The simple fact is that it is a generational thing. The people of Ireland are just able to tell better stories and be more imaginative when doing it. The fact that they had to tell these stories and really perform them has meant that through the ages they have developed the tales and made them relevant to the modern world. They also appeal to the growing trend of fantasy stories and modern classics such as the Lord of the Rings and the Song of Ice and Fire are dependent on this grand narrative of Irish history and identity.