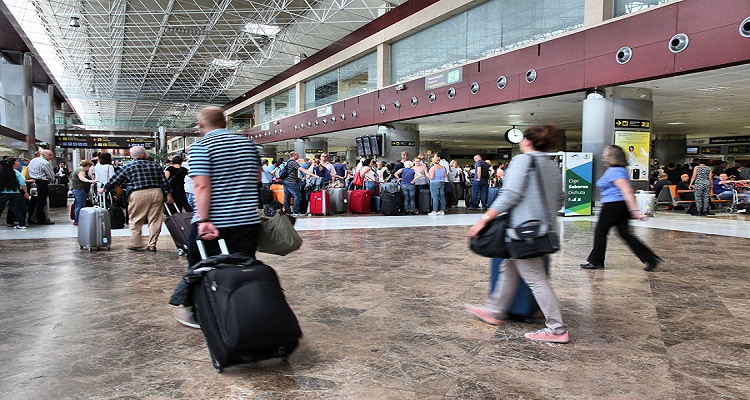 Many people wonder how to avoid getting lost in large airports, to arrive in time to catch the plane and not have problems. Pay attention to these tips

If you’ve been in major cities know how difficult it can be missed at large airports. In addition, there’s that fear that we do not find the corresponding door and the plane leave without us. Or perhaps mislead our children, wife or suitcase.

The biggest concern for those traveling by plane is missing your flight, do not arrive on time. One of the reasons why passengers are required to arrive at the terminal at least two hours notice is to avoid this drawback.

Many airports are so huge that even have rail service, metro or bus to get faster each sector approach. It never hurts to follow the previous hour wait, but are stuck reading or sipping a coffee to board the plane.

Tips to avoid getting lost at the airport

Check out the following tips to avoid getting lost at the airport, especially if it is the first time that the terminal will tread or go to a destination that never before had traveled:

Be sure to be at the airport indicated: This may seem ridiculous, but many travelers passed them to reach a terminal and realize that this was not correct. Many important cities in the world have two, three or even four airports within a few miles away. To know which one you belong, look at the code indicated on the ticket, three uppercase letters. Look for it on the Internet or contact the airline.

Pay attention to the terminal: Inside an Airport terminals are different, since that’s where boarding and alighting passengers and crew. To avoid getting lost in large airports, it is necessary to know the specific flight will take. In most cases it is identified with a letter T plus a number (T1, T2, T3, etc). This would have to be on the flight ticket or indicated at the time of the chek-in and dispatch bags. You can check the website of the airline to have that information beforehand. If you have the wrong terminal do not worry, you’ll go to the right using transportation provided by the airport.

Difference doors for entry and exit doors: Once you arrive at your terminal, the next step is to find the door (gate) of outputs (departure). You can be the symbol of an airplane taking off. It is unlike Arrivals (arrival). And it is likely that the airline, time and destination indicated. After dropping our bags and pass security, you may have to search a gate that has a point forward and then a number. It’s easy to find the right because the numbers are in order from least to greatest. If you’re in C72 and you have to go to C76, follow that path.

Scan the signs: One of the tips to avoid getting lost at large airports is follow the signs and signals, which in most cases are written in multiple languages. The English never lacking. Then you can be in the official language and other “extras” such as French, Spanish or Portuguese. They are very easy to identify and understand even if you do not know the language. The numbers are always in writing that we know (also at airports in Russia, India, Japan, etc.).

Asked in tourist: Very close to the airport entrance there will be a desk where bilingual staff respond to inquiries from tourists who do not know how to reach a specific place (among other questions). You can get all kinds of information related to terminals, airlines, transportation and other services.

Calm down: No need to be nervous or consult the clock all the time. This will backfire and not allow you to find the terminal on time and end up regretting the loss of flight. If you get to the airport hours, rest assured that you will be sitting on the plane when necessary. If for any reason you are late, try to optimize time. For example, while you do the line for check-in, your partner see how to get to the correct terminal.

Looking for a map or plan: In the official websites of the airports you can find the plans of each of the terminals as well as other interesting facts (where boarding the bus for example). You can download it on mobile or print it and take it with you in your handbag. You will not have problems and you’ll avoid getting lost in the airport .