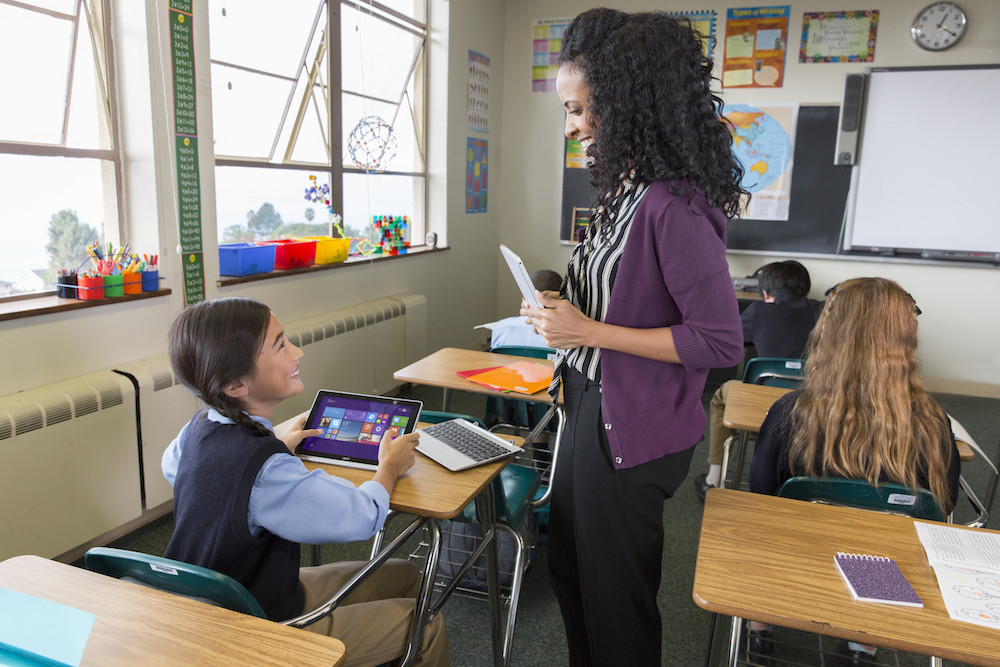 Microsoft has launched a complete bet on hardware and software to recover the schools it has been losing in the United States, now in the hands of Apple and Google. The one way to ensure the loyalty of future consumers and close juicy agreements with thousands of schools.

The main announcement of the presentation of the company was Windows 10 S, a reduced version of its operating system that facilitates the work of the teaching staff in administration and that limits the installation of applications that are not in the application store to limit the risk to that the machines are compromised or infected with malware or adware .It is a movement clearly focused on selling software and not hardware. For Microsoft, it’s very important to ensure that the Office 365 user base, your office suite in the cloud, continues to grow. It is one of the strengths of your business with Azure. With Windows 10 S, the cost of operating system licenses is reduced, but the user is retained in the suite. In addition, tools are offered that simplify the administration of the machines and the cost of each of them to efficiently move the programs, two keys to the success of Chromebooks, which have dominated American schools for a few months.

Google, Apple and Microsoft offer the same thing : complete suites that facilitate the work of the teacher through technology. Its trick is simplicity in the maintenance and administration of the equipment compared to laptops of full desktop operating system. But they have different objectives.

Microsoft is committed to a more traditional approach with laptops that run the most used operating system in companies with the office automation suite par excellence. Google, on the other hand, does it by collaborative tools in the cloud, simplifying all the management and use to the maximum. It’s as easy as logging in and starting to work from the browser.

What does not seem to fit the equation is the use of Windows 10 S on a laptop clearly focused on college students . It is normal that Microsoft wants to offer a real alternative to Apple Macbooks in universities with computers that do not have a mediocre battery, a screen full of reflections and low resolution and thousands of installed applications that only damage the user experience. But why limit your operating system?It makes sense to restrict applications that a child installs, not those of an adult. It is free the first year for students and $ 50 extra for the others, but the first impression weighs a lot and the consumer buys something limited in series. It might have been more reasonable to sell the equipment a little more expensive and apply a discount to students, who will need to install applications or want to perform web searches with Google.