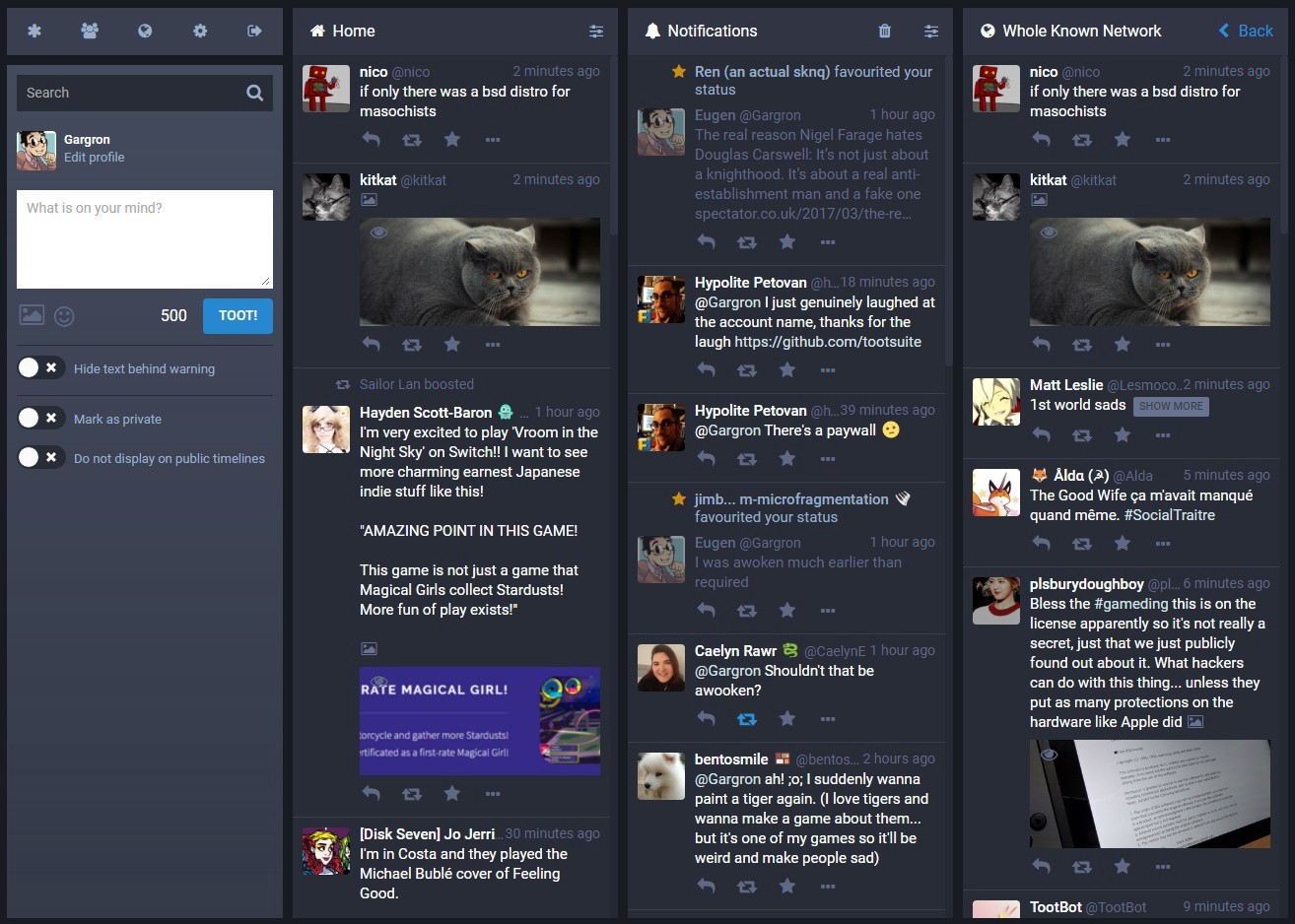 Mastodon is a new open source decentralized social network designed to offer the best of Twitter, without the problems of the current Twitter: constant changes in the design and functionality of the social network that are not always focused on improving the experience.

Its character of distributed network based on instances -something that can also be understood as a community- limits harassment, one of the main fronts of Twitter, and makes it possible to follow public and thematic “timelines”.

Eugen Rochko, the creator of Mastodon, does not avoid comparisons and says openly that his goal is to offer a clone of Twitter with what, in his opinion, is the good thing about the social network through an interface similar to Tweetdeck and with a “timeline” “Chronological.

The main difference of Mastodon with the current Twitter – and the original – is the system of federations based on instances. In them, you can write publicly to other registered users in the same instance, which is usually thematic. It is an advantage in terms of content moderation and filtering. But a great disadvantage when it comes to making the service to new users friendly. Mastodon.social is the main community, although it does not accept new registrations “due to the large amount of traffic”.

Here you will find all public instances.

To get the most out of this system, the Mastodon interface offers the possibility of adding a local “timeline” through columns, in which the publications of the instance will be found, and a federated one.

The federated “timeline” is something more complex to understand: it groups all the publications that come from other instances but that have some kind of relationship with you. That is, you can read a user out of another instance if you follow him to be a unified experience. It is a way of limiting the community character of the instance without delimiting the global reach that Twitter has; its greatest virtue.

It is a somewhat messy system. But it has the potential to create very moderate instances without the noise that characterizes the social network of the bird.

In Mastodon there are no tweets, there are “toots” and the retweets are “boosts”. The “toots” have a limit of 500 characters to avoid the famous tweet storms, which have gained so much traction in recent months.

But the most interesting are its privacy tools and management of reading the “timeline”. For example, in publications you can insert a button to read more or warning sensitive content. In this way, you can quote a main idea and only interested people read it completely or you can hide pornographic or violent material, something that forces to make the most popular instance: mastodon.social.

The problem is that Mastodon is not a company. It does not generate income, nobody has invested in it and does not have the plan to change it.

Mastodon is the project of Eugen Rochko culminated thanks to a restrained economic objective in Patreon. And yes, after the changes on Twitter has gained some popularity, but we do not know until when.