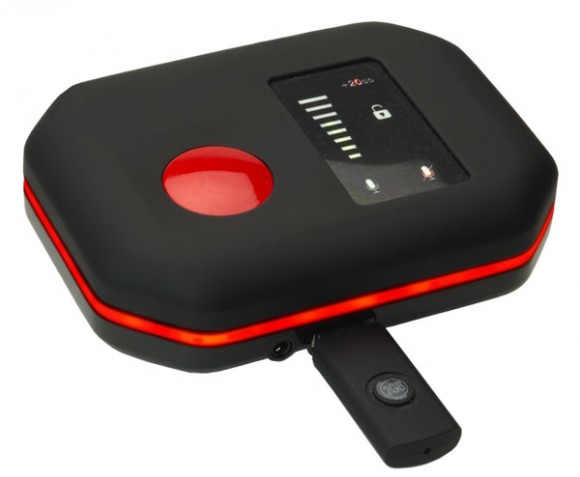 Hauppauge has just announced the launch of its new gameplays grabber, the HD PVR Rocket, at the Paris Games Week. This new model of market leading manufacturer of full range of HD PVR 2 GE and HD PVR 2 GE PLUS.

This product is aimed at players who want to record their games during tournaments or places where they do not necessarily have a computer and who, by travel theme, need a small and light device. The HD PVR Rocket is the video capture portable short: is so small it fits in your hand and weighs only 130 grams.

HD PVR Rockter, the portable capture for all consoles and PC

“Many of our client players asked for a high-quality, portable gaming recorder. The HD PVR Rocket can be gaming events to record the game and game commentary, and a PC or Mac for recording is not necessary,” said Ken Plotkin, President of Hauppauge.

In addition to its small size, the HD PVR Rocket carries an audio mixer integrated so players can record their comments during the games with game audio. Professional players often make game comments to describe their moves and game strategies, and is one of the most used elements in high definition video game recorders. A microphone can be connected to the built-in connector on the front of the HD PVR Rocket, and the built-in audio mixer will record the game’s audio and player commentary. The HD PVR Rocket has a control panel that allows players to adjust the microphone volume.

Looking ahead to store recordings parties when used without a computer, the HD PVR Rocket is equipped with a USB port where the player can connect a USB flash drive up to 16GB to record the game. You can record up to 4 hours of play video games with a resolution HD 1080p. This USB connector makes it very practical to use USB memory to record games.

Once recorded the game, Hauppauge provides a Windows application called Hauppauge Capture that can be used to upload the plays to Youtube. This application allows users to select their videos and upload them to your Youtube channel. Users can create Youtube channels, record and publish their best plays with comments using the HD PVR Rocket. Recordings made with the HD PVR Rocket are also compatible with Mac can be edited with iMovie and get on Youtube.

HD PVR 2 recorders offer the highest quality video recording and streaming on the market and are used as studio capture, but require a PC or a Mac to work. For its part, the new HDR Rocket, because it does not need a computer and because of its size is the travel and tournament capture.

The HD PVR Rocket games can record HD up to 1080p from any PC , all PlayStation and Xbox, including the new consoles XBox One and PS4. Any game system using HDMI video connections (without HDCP) or component can be recorded with the HD PVR Rocket, including gaming systems based on PC, Xbox 360, Xbox One, PlayStation 3, PlayStation 4 and Wii U. Sony has recently announced that the PlayStation 4, its new game console to be launched in 2013, will also support recording via the HDMI port.