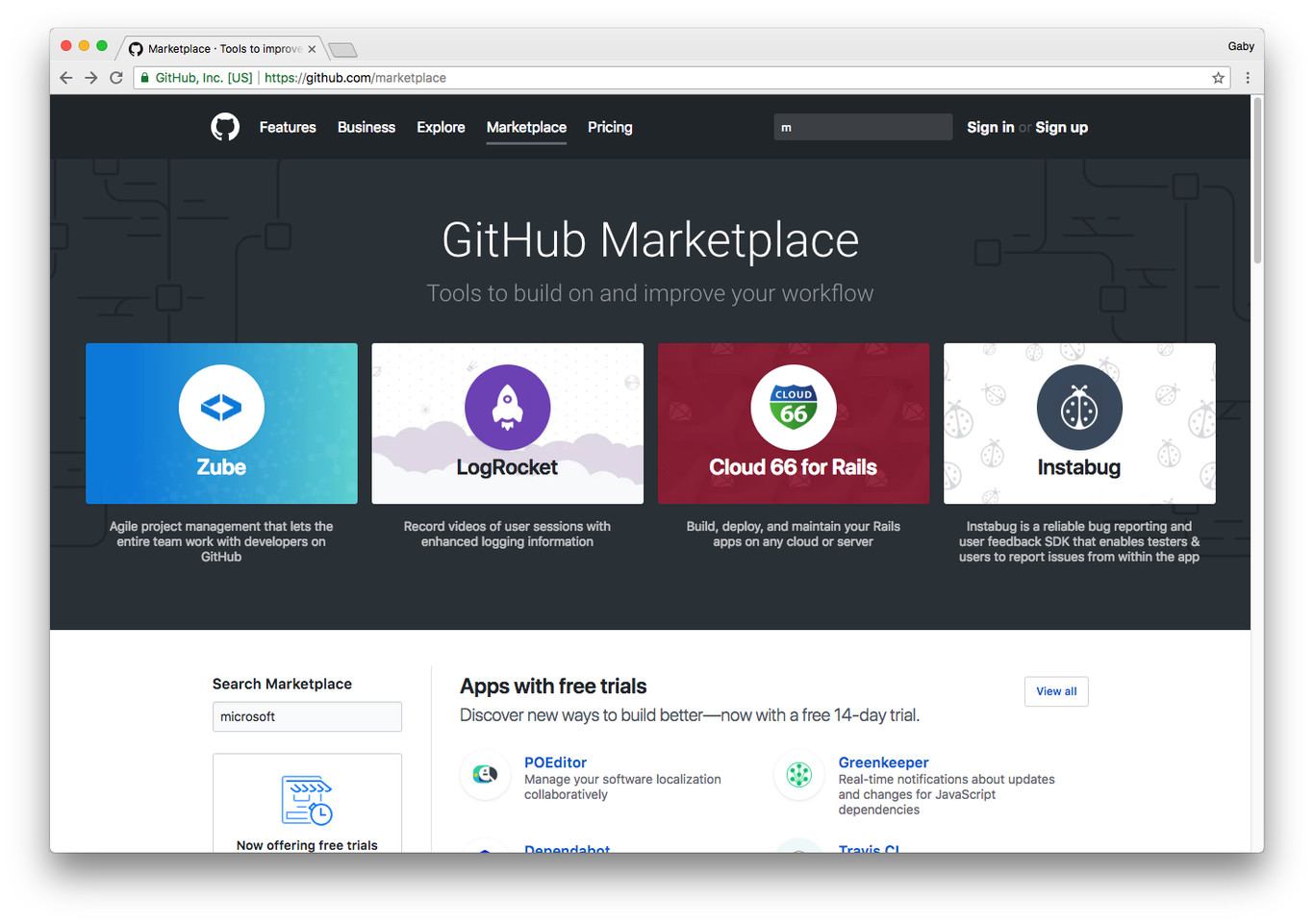 A year ago GitHub launched its Marketplace as a way for developers to promote, share and also sell their tools, and now that their ecosystem has grown a lot and as part of the anniversary celebration, they have decided to open the platform to products that are not of payment .

The one that is basically an ” app store for developers ” with the greatest potential out there, will now let any programmer offer free applications without having to pay for it.

GitHub Marketplace currently has about 100,000 users and contains 50 different tools, all designed to help developers improve their workflows.

Free applications, free trial period, and automatic approval for developers who want to join the Marketplace

Initially on the platform you could only list paid apps, the developer had to wait to be approved to start using the platform and also had to pay for uploading tools. That is, now any of the 30 million developers who already use GitHub can take advantage of the Marketplace .

Since April users can register on the platform without having to wait for manual approval. And, now they also allow developers to offer 14-day trial periods for their applications .

In addition to being a tool that can help developers promote their own products and make them gain traction very fast, it also helps those looking for new tools. GitHub has several important partners such as Microsoft , BackHub , ZenHub , and Travis CI , and they announced that they will be coming to the Marketplace soon.