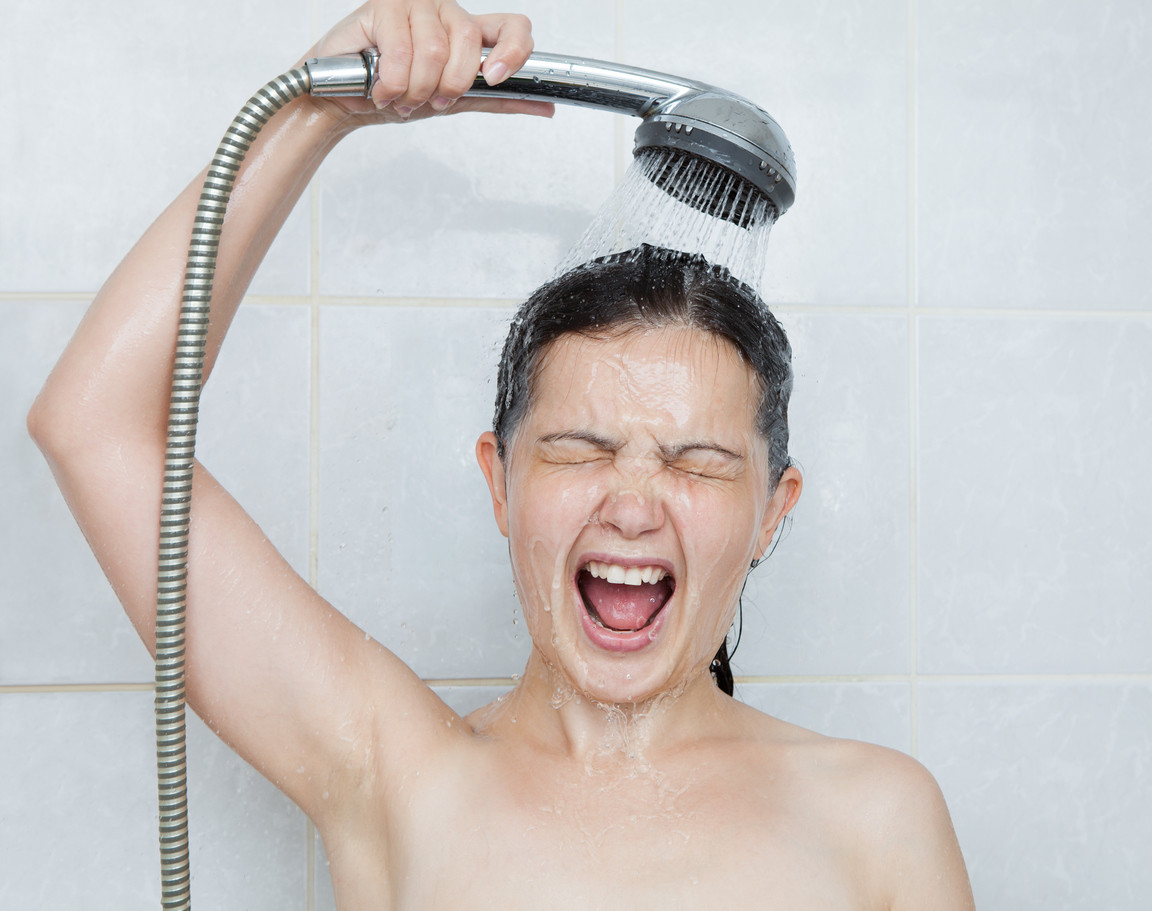 It is a universal truth that the world is a better and less stinky place since we have made the shower a daily custom. Up there, everyone agrees. However, the time and manner of showering continues to give rise to some debate: is it better to shower in the morning or at night? And above all: is it better to have a cold shower or a hot shower?

Interesting question. Let’s start from the basis that cold showers, and especially in winter, are for the bravest. But beyond demonstrating their value, do cold showers have their advantages? And its drawbacks? We will try to answer these and other questions so you can decide for yourself which type of shower is best.

Showering with cold water gives you the batteries

There is a lot of information on the internet about the advantages of cold water showers. One of the clearest is that cold water helps us to wake up and puts the batteries.

A cold shower in the morning sparks better than any coffee

Cold water stimulates the sympathetic system, involved in the fight or flight response that living beings develop when faced with threats. This makes us alert, increases the heart rate, sharpens the senses and stops the activity of those organs that are not essential for survival in case of threat. That is to say, that a cold shower in the morning sparks better than any coffee.

On the other hand, hot showers have a relaxing effect that helps us sleep and rest better . This is because just before going to bed is when the body has the highest temperature. That’s when the dream begins to enter us.

Once asleep, the body begins to lower temperature, releasing heat through the capillaries of the skin to the outside. That is why a hot shower for a while before going to sleep helps us to sleep before and rest.

The effect of cold and hot water on our skin

The cold water has a vasoconstrictor effect (it contracts the capillaries) that is also reflected in the skin and hair: the pores are closed and the capillaries contract. This gives the skin a more uniform appearance and reduces hair loss.

On the other hand, hot water softens the skin and opens pores. This may not favor your appearance so much, but it has another good side, which is that it is easier to clean it and eliminate bacteria that may have remained in the pores and are the cause of acne.

As we have said, cold water causes a warning reaction in our body. Among other things, it favors the production of cortisol , a hormone related to stress that, at high and continuous levels, has a negative effect on our body because it promotes aging and affects the immune system.But some studies have shown that prolonged exposure to cold water helps the body develop a response against cortisol and stress , so that people who spend time in cold water (aquatics, for example) have higher levels of antioxidants that fight premature aging.

Benefits of heat and cold for muscles

It seems that both options have their muscular benefits . On the one hand, hot water softens the tissues and promotes muscle relaxation , especially in cases of injury, where towels and warm compresses are applied. A hot shower can provide similar benefits even when there is no injury.

On the other hand, cold water could achieve the same muscle relaxation in another way : reduction of heart rate, inflammation and blood circulation. This is why athletes take ice baths or cold water regularly after their workouts.

Other alleged benefits (not proven)

Cold water showers have been claimed for many supposed beneficial effects, but some of them have not yet been solidly tested.

One of them is that it is a remedy against depression . According to this hypothesis, cold water can relieve symptoms against depression and, if showers with cold water are maintained over time, can even cure it. The truth is that this is still a hypothesis that has not been proven and, although it is true that cold showers help combat the feeling of lethargy that is one of the symptoms of depression, from there to ensure that it serves to cure it there is a stretch.

Another of these supposed benefits is that it strengthens the immune system. Several studies point in this direction, but few have been done with humans in situations similar to those of a daily shower . Some have drawn their conclusions studying professional swimmers, and others with the results of exposure to cold and not so much cold water. That means that although the hypothesis can not be ruled out, more information is needed to confirm it , and if so, to determine under what conditions that improvement would be given to the immune system.

Are showers with cold water thin?

This is a key point because it runs a lot of incomplete information about it. The answer, again, is that it seems that cold water showers favor the burning of fat, but there is still a need for more evidence to confirm it.

By subjecting the body to low temperatures, thermogenesis is favored

The processes by which fat burning would occur would be two. On the one hand, by subjecting the body to low temperatures , thermogenesis is favored , which is the mechanism by which the body burns energy in the form of fat to maintain heat.

On the other hand, it seems that cold water showers favor the mobilization and consumption of brown fat, which is the fat that the body accumulates as energy reserves for times of scarcity and which is the most difficult to eliminate.

In any case, as we say, more studies are needed to demonstrate these hypotheses.

We will not surprise anyone with this answer: it depends. As we have explained, both have their advantages and disadvantages, contributing to our body the two sides of a coin in terms of its effects on the skin, muscles, rest, etc.

It seems therefore that the smartest thing is to try to take advantage of both . One way to do it is to take cold showers (or cool, if you’re not so brave) in the morning, to activate, and hot at night, to relax and sleep better.