Who has timber built houses? Well anyone who lives in an old Tudor house will. Tudor houses were made from timber and something called wattle and daub. Wattle is a series of intertwined sticks placed in a wall between posts and daub is a mixture of clay, sand and dung smeared over the wattle. The wooden timbers were painted with tar to prevent them from rotting. A Tudor house is easy to spot as they have a distinctive series of wooden beams that are often uneven as they were cut by hand and not machinery. 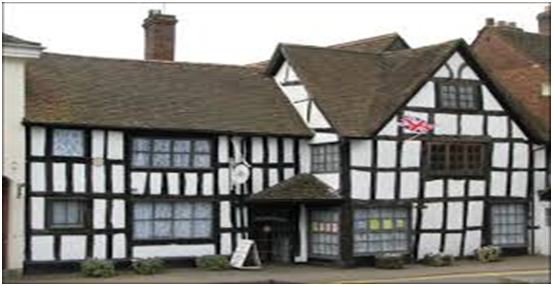 Another answer to this question is 70% of the developed world. That’s a lot of people living in timber frame housing. A lightweight construction but amazingly strong, timber frames are the norm in many countries with 90% of low-rise housing in North America being constructed using timber.

Scandinavia has a large proportion of timber framed housing as it is especially good in cold climates where the focus is on energy efficiency and comfort.

Our world is becoming increasingly eco-friendly and there is more pressure for the construction industry to build sustainable housing. A traditional brick build will emit far more CO2, which is what governments of the world are keen to reduce. A timber frame home is quicker to heat which is also a benefit to environment.

Structural wood for light lumber is mainly used in residential builds and comes from softwood trees such as spruce, fir and pine. These trees were in abundance when settlers arrived in the US, which might explain why there is such a culture of wooden housing there. The areas were heavily forested and so it made sense to use such an easy resource. They are also easy to build and create and speed would have been of the essence for the settlers.

Europe differs in that the ground is suitable for making bricks and the industrial base already existed for the manufacture of bricks. Although in Saxon times, people lived in wooden huts with thatched roofs. Early Norman conquerors initially built castles out of wood but were replaced with stone in the 12th century. Possibly this was due to their greater fire risk.

Timber buildings are still standing strong today centuries after being built. There are many old wooden buildings in Switzerland, Germany, Scandinavia, UK, Turkey and Japan. In Nara, Japan there is an ancient timber temple that is 1300 years old.