Not everyone hates truckers. Some people love them – especially lawyers and insurance companies. 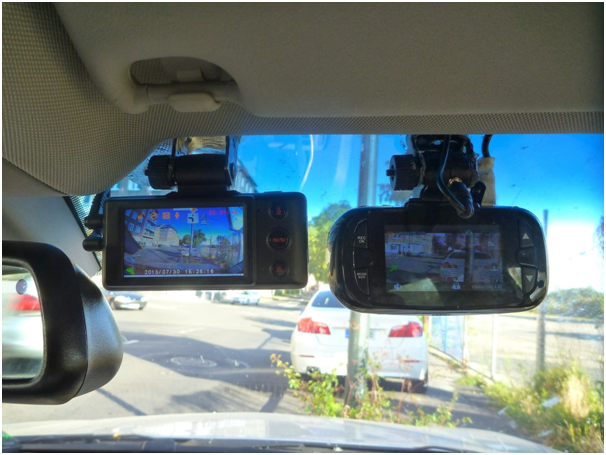 In disputes about who did what, claimants and lawyers often expect haulage firms to just roll over and take the hit – writing it off as a routine overhead. Ordinary motorists are often louder and more confrontational, so why not bend with the wind?

Natural justice aside, legal costs and insurance premiums can bring down the whole company or throw drivers off the road for good. And more often than not, they have less to be blamed for – after all, if you can’t keep clear of a slow-moving lorry, you probably need Specsavers.

Some are so small and affordable that cyclists wear them. Their Flash memory is also compact, cheap and robust when rattling around in the cab. All kinds of motorists are starting to use them, and sales have risen ten-fold in recent years.

Because truck camera systems focus on a public space – the road – you’ll have no problems in the UK or EU, according to the RAC. Opinions about surveillance in society understandably differ, but on the road it’s a no-brainer.

Your first priority should be to place them wherever your vehicle has blind spots – perhaps the near-rear or the inside left, where inexperienced cyclists venture at left turns. A live display on your dash is a simple way to cover these dangers, and one day they’ll be standard.

A full 360 digital video recording system (DVR) will protect you from criminals out to trash vehicles for profit, but if that’s too much in one go, start with a discreet front-facer that’ll catch most road hazards, accidents or road-rage incidents in progress. Research your options with a specialist vehicle camera supplier like http://www.backwatch.co.uk/.

Half Their Value Is Deterrence – The Other Half Is Fun

Even if other drivers give you a clear road and nothing bad ever happens, think of the fun you can have! Some of the things you see on the road nobody believes when you get home – YouTube would be a sadder place without the dash cam. And if you happen to catch a meteorite like the one over Chelyabinsk in 2013, you could be in the money!