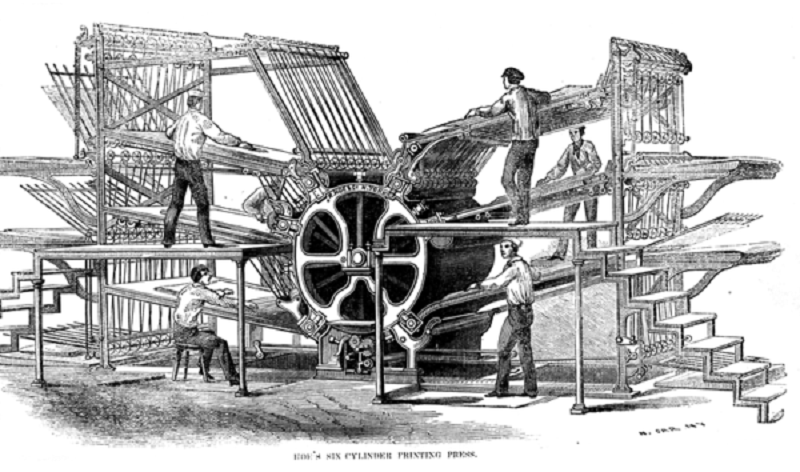 So, to learn more about this great invention, let’s take a minute and look at how it has evolved over the years:

Again, the printing press has evolved a lot since it was first invented. But many of those evolutions have taken place within the last century. For example, for the first few hundred years of its use, all printing steps were done by hand. It wasn’t until the 19th century that this changed. With the invention of steam engines, and then electricity, these things brought on many changes with the printing press, including more automated functions.

The next innovations with the printing press came in the form of power:

The first attempt to change printing presses into using mechanized processes came in 1824. This is when Daniel Treadwell, an American inventor, successfully created a press using both gears and power. This new mechanized printing press could produce prints four times faster than its predecessors.

Next came the steam-powered printing press, invented by Friedrich Koenig, a German printer, in 1812. This also helped the printing press to create its prints much faster than ever before.