For years people have been inspired by the stars that they see on screen and in music. For example, anything that one of the Kardashians wear will be instantly sold out within minutes, with young women and teenage girls all across the world wanting to get a piece of the women that they idolise. But this celebrity driven world of fashion trends is nothing new. Here a just a few examples of how celebrities through the years have had a huge influence on the fashions of the time…

Madonna’s Lace Gloves: In the 1980’s Madonna burst onto the pop world and onto MTV sporting all sorts of styles and clothing. Some more outrageous than others (the conical bra was a particularly distinctive look that didn’t really take to the people on the streets!) – but one of the main fashion trends of the 80’s was lace gloves – a look that was first pioneered by Madonna. 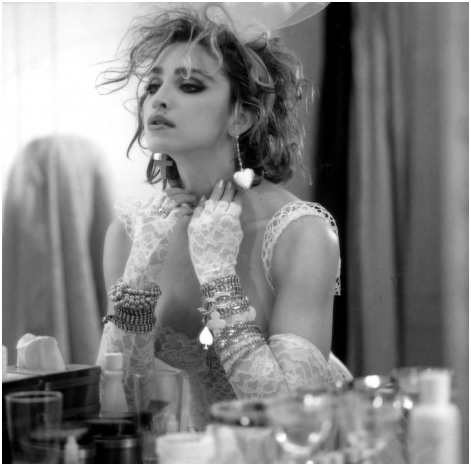 Pete Townshend Doctor Martens – Doctor Martens were originally designed by a young German doctor for comfort and practical wear. Seen as working men’s footwear, they were certainly not a desirable fashion statement! But in the 60’s, Pete Townshend, the guitarist for rock band, The Who, changed all of that when he took to the stage wearing a pair of the now famous shoes. History was made and the shoes are still as popular today as they ever were – Dr Martens Gloucester store https://www.cottersshoes.co.uk/product-category/brand/dr-martens/ sell many pairs of these popular shoes, proving that some fashions stand the test of time.

The Beatles ‘Mop Top’ Haircuts – Staying back in the1960’, when the most famous band in the world started to make huge waves in the music world and started to attract legions of fans from all over the world, they were also inspiring hairstyles! The ‘mop top’ haircut became one of the most iconic hairstyles of the 1960s thanks to the Beatles!

Jenifer Aniston’s ‘Rachel’ Haircut – On the subject of hairstyles, in the 90’s the most popular haircut for women, was without a doubt, the ‘Rachel’. The Friends star inspired a worldwide trend of women attending their hairdressers in droves all looking for the iconic haircut! Jenifer Aniston who played Rachel, later said that she didn’t really like the haircut at all!

Spice Girls – Platform Trainers – Another blast back to the 90’s and whilst Friends was ruling our TV screens, it was the Spice Girls making hits and headlines in the music world. The Spice Girls will be remembered for many fashion choices, including the famous Union Jack dress worn by Geri Halliwell. But the trend that really took off in the 90s that all the girls were known for were the huge platform trainers. You couldn’t walk down the street at the time without seeing someone wearing a pair of the ankle breaking footwear!