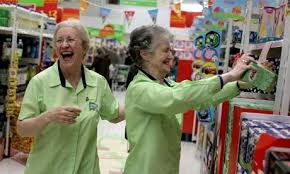 As we are becoming an aging population those people that are retired are starting to wonder how they are going to make their money last. Whilst they have a pretty good state pension from the Government (at least for now if the famous triple lock holds) and or a set of decent investments or a final salary pension from their time in employment this can no longer be guaranteed. The Government has recently noted that when the State pension was first introduced in the 1940’s the average working adult would make use of the state pension for about fourteen years after their retirement. Those making use of the state pension now after their working life is finished will do so for an average of 23 years. The other thing to consider is that the age at which one could leave school back then was 14 and this is now 16. It is proposed that this will move to 18 meaning that at the current level of retirement age (which is set to be 68 for the current generation) then we can expect working life to be for fifty years. 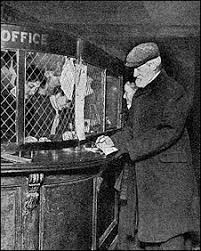 But if life expectancy grows at the level it currently is, then those workers will only contribute half of the money being put in to the pension pot and they could use it for up to twenty-five years. Added to this is the recent changes by the World health organisation (WHO) to what they consider age to be in relation to the stages of life. Only ten to twenty years ago we would have considered a person in their fifties and forties to be middle aged or certainly in the early stages of it. The WHO now say that this should be considered as youth and young age and that middle age should not start until the mid sixties and then old age should not start until the eighties up until you are one hundred years old.

Taking these factors into account it could be argued that the older and established forms of funding a retirement need to be reconsidered. Many pensioners have been left with no choice as the value of the pension has declined since the crash of 2008, where many saw their values wiped out or at least halved. Some of the payments have decreased and funds that were thought to last have not. Also, those investments payments have receded. Therefore, retired people have opted to return to work. This is usually in a part time basis either in new low skilled roles or even back in their old places of employment and they become very valued members. Many have looked at their home to fund them by using one of the many equity release schemes. This might be an option for you and the Equity Release Wiltshire based company https://chilvester.co.uk/equity-release/  can look at this for you.