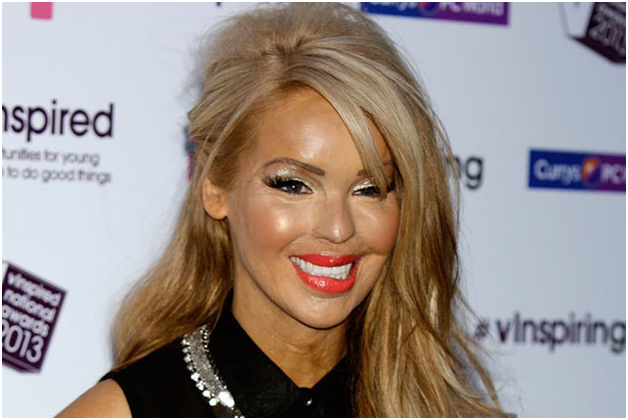 When most people think of cosmetic surgery, they think of the elective procedures people choose to undergo in order to improve their confidence and self-esteem. For some, this might be a breast enlargement, a nose reduction or a tummy tuck. For one woman, though, cosmetic surgery was a way of repairing her appearance after a horrific crime.

Katie Piper is a well-known name today, regularly seen presenting on the television and appearing in documentaries about bodies and cosmetic procedures. Her rise to such widespread international fame, however, came at a terrible price.

Katie Piper started a new relationship with a man named Daniel Lynch. Their friendship progressed without Katie ever learning that Lynch had previously spent time in prison because he had thrown boiling water at another man’s face. After two weeks together, the pair went to a hotel after a meal. It was at this point that Lynch revealed his true nature. Raping and beating her, he made threats against her life and stabbed her in the arms multiple times. She was treated in hospital, but in fear of his temper she did not tell them what had happened.

Two days after this, Lynch persuaded her to use a local internet café in order to read a message he had sent her on Facebook. This was a ploy: Lynch had given Katie’s appearance and location to a man named Stefan Sylvestre, who had been hired by Lynch to throw acid in to her face. What is perhaps even more shocking is that since Katie’s attack in 2008, crimes of this nature have continued to occur.

Following 12 days in an induced coma, a total of 40 surgical procedures and a protracted period of recovery, Katie’s face was rebuilt using groundbreaking medical techniques. During this time, she had to wear a special face mask made of plastic for as much as 23 hours every day in order to help her newly healing skin retain moisture and mobility. She was also sent to a specialist clinic in France where they were able to help her skin avoid contraction and to break down scar tissues. Her charitable foundation works to help people, whilst Katie herself works hard to ensure people carefully consider the changes they are making to their bodies.

For most of us, make-up and cosmetic procedures are a useful tool and a positive influence – we are fortunate that there are such reputable companies available to us in the UK who can help to create new confidence.  Like Bristol’s tattoo removal company Future Form, who deal with a different type of cosmetic work bringing back confidence to your body, where former errors have dented your confidence.

For individuals such as Katie Piper, though, restorative cosmetic surgeries were crucial in helping her to rebuild a normal life. People affected by illnesses, accidents or crimes might find that their appearance has changed in a way that they are not happy with. Luckily, a number of procedures are available which can help restore a person’s face or body and make them happier about the way they look.