For thousands of years, humans have traded and exchanged things for mutual benefit. Livestock for grain, animal skins for weapons, the goods’ value would be determined on each trade. It was around the period between 9,000 and 6,000 B.C. that the concept of currency began to emerge. Through trading cattle, traders were able to set a ‘fixed’ price – a cow might be worth two sheep, for example. However, it still made trading difficult – if your counterpart wanted two goats for his cow instead of two sheep, then you might need to trade your sheep for goats elsewhere, first. 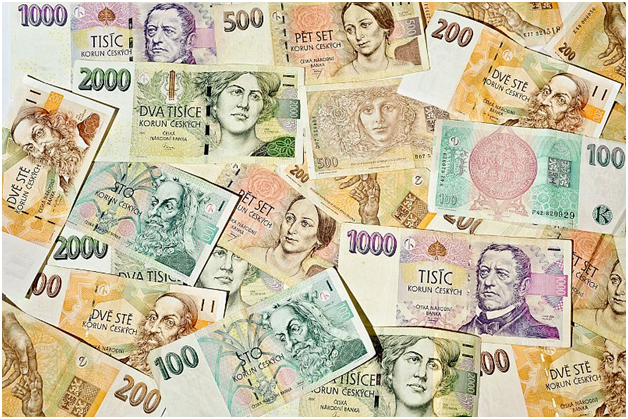 Around 1,200 B.C., in China, they came up with a solution. Cowrie shells, the shells of a type of mollusc found in the Pacific and Indian ocean, became the first real currency. According to the British Museum, there are records of them being used as gifts, and their use in exchange for all types of goods spread along the trading routes throughout the Far East, the Middle East and parts of Africa. At around 1,000 B.C., China began to manufacture metal cowrie shells, as well as metal representations of other commonly traded goods, which became the fore-runner of the round-shaped coinage we know today. But while the Chinese produced the first recognisable coins, it was King Alyattes of Lydia who oversaw the minting of the first official currency, in 600 B.C, the denomination of its coins represented by different animals.

But by then, China had already begun to introduce paper money, which was easier to carry around than sacks of coins. Yet, in Europe, banknotes wouldn’t catch on until the 17th century A.D., when the first was issued in Stockholm, in 1666. First issued by banks to depositors, banknotes could be taken to the bank and exchanged for coins, and worked the same way currency does today. Banknotes have evolved in their design ever since, primarily to make them more difficult to forge. In March 2015, the first British plastic bank note, issued in Scotland, went into circulation. As reported by the Mail Online, England equally have just launched their first plastic five pound note within the last month or so.
The Digital Age

With the rise of the internet and online banking, individuals can now make electronic transfers of money to other individuals from their homes and from their mobile phones on the go, without necessarily involving a traditional, ‘high street’ bank at all. Online market places like Amazon and eBay allow individuals to trade goods for money, and retail outlets and services have branched out online. With online trading, cash is being used less and less, but the principles remain the same.  Whether it’s a luxury wedding invitation for your special day from online retailer https://www.looneylizardcreations.co.uk/ or a new now cd from HMV the exchange of money for goods will always be in demand.
In an age of smart cards and contactless payment, it seems on the surface that the evolution of money has almost turned full circle – from a world without cash, back to a world without cash.