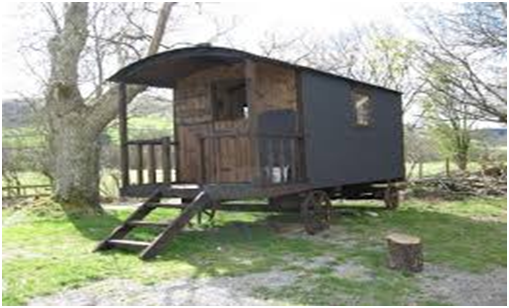 As we approach Christmas it is likely that we will reminded on the Nativity and hear the Carol singers telling us of the shepherds who watched their flocks by night. The task of being a shepherd is probably one of the oldest jobs known to man and is mentioned in Biblical times but is there such a thing as a modern day shepherd or shepherdess?

Yes there are and these hard working individuals can still be found in many places in the United States and the Highlands of Peru and Chile. Sheep will always be important for both their meat and wool. In the U.S there are thousands of sheep on huge open ranges that can be hundreds of miles long. It is tough work, out in all weather conditions and constantly keeping vigilant for predators like wolves and mountain lions.  The days are long and will certainly keep you fit. A shepherd could go days without seeing another person and may travel on foot or horseback, sleeping in tents.

Traditionally in France and the UK a shepherd would shelter in something called a Shepherd’s Hut. These had been in use since the 15th century. They were places to shelter with a stove and older versions often had wheels so they could be transported to different fields. As well as a stove there would be a small straw bed over a cage where lambs could be kept and a medicine cupboard.

By the time of the Second World War, most of these huts had found a new purpose due to the decline in the wool trade in favour of cotton. They were quite often used as Home Guard sheds or temporary accommodation for prisoners of war. By the 1950’s most had been left to deteriorate in fields or worse, broken up for firewood.

There is a desire to see these huts brought back to life and are being renovated or built from scratch to provide an alternative to garden sheds, playhouses or extra office space outside. For bespoke Shepherds Huts, visit http://www.cotswoldshepherdshuts.co.uk/

These delightful, cozy huts are also offered as an alternative to camping or caravanning and could indeed be considered as glamping. A large hut could also be an ideal alternative to an extension if you are looking for extra space for a home office or guest bedroom. One of these huts with a lovely, warm stove and beds would make unique and exciting guest accommodation on your property.