Have you ever wondered when the first ever robot was made? Today we are used to seeing more things becoming automated and we can even have robots in our home now doing our vacuum cleaning for us! But where did it all begin?

Amazingly, the first known robot was actually created around 400-350 BC. It was made by a mathematician called Archytas and was an artificial bird. This mathematician has been credited with being the ‘father of mechanical engineering’ and he made the bird from wood, using steam to power the movements of the bird. The bird was suspended from a bar and could fly for about 200 metres before running out of steam. Archytas was incredible in that not only was this the world’s first robot but also the first time a scientist had really studied how birds fly. 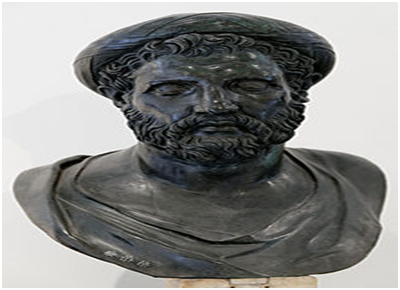 He was a pretty impressive man, who was also famed for being a philosopher, commander, astronomer, mathematician and strategist. He was elected seven times in a row to be the ruler of the city state where he lived, as he never lost a battle. He had a great influence on later philosophers such as Plato and Euclid. He has a crater on the moon named after him.

The word ‘robot’ was first used by an artist called Karel Capek from Czechoslovakia. He also wrote science fiction stories and introduced the word for the first time during a play Rossum’s Universal Robots which appeared in 1921. Roboti comes from the old Slavic word meaning ‘servitude’ or ‘slave’. In the play, the robots weren’t mechanical as we imagine them today but were like humans, created to do our work for us.

Early robots also include those made in China by artisans in around 200 BC. They created a fully functioning mechanical orchestra. Leonardo Da Vinci designed and built the first known humanoid looking robot in approximately 1495. It was an armoured knight that could sit up, move its head, open and close its jaw and wave its arms. If you fancy having a home that is automated then for Home Automation Companies, visit http://digitalinteriors.co.uk/

The world’s first cyborg was Kevin Warwick, a cybernetics professor. He put computer chips into his left arm so he could remotely control doors, his electric wheelchair, an artificial hand and various other items. In 2002, he used a connection to his nervous system and through the internet, was able to control a robotic arm and could feel what the arm felt through sensors in the hand. 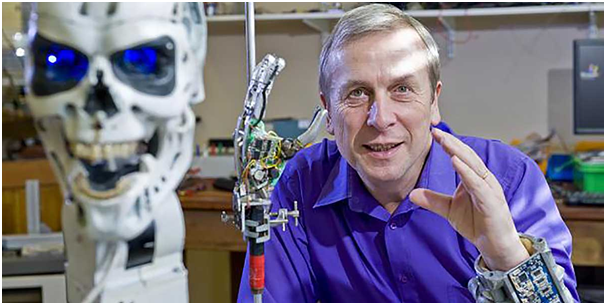 Science fiction often tells stories about the eventual world domination of robots as they become self-aware and destroy all humans. If you’ve ever seen The Terminator films then you’ll appreciate the fear of machines. It’s all fantasy though and in fact, the only person known to be killed by a robot was purely a tragic accident. In 1981, a robotic arm crushed a Japanese Kawasaki factory worker. This was far more likely to be human error than a result of a fiendish plot for world domination!