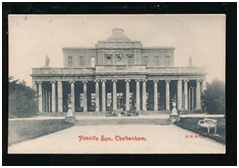 Cheltenham is a town with a past steeped in history and has been named the most regent place in England. This is despite hefty competition from Bath and Buxton. They all have on thing in common, they are Spa towns. These were the original spas. Spas that did not offer you a beetroot and Guava smoothie or a hot stone massage. No, these were more gentile times. You rarely touched anyone, and a masseuse would have been scene as to decadent and obscene. Let’s go through what a Spa day at Cheltenham would be like. 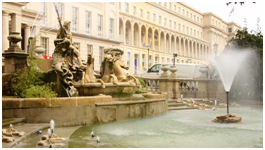 Incidentally If you are looking to buy a house in Cheltenham it is worth looking at http://www.completepropertygroup.co.uk/ to see what they have to offer. It was a long held view that mineral waters were beneficial to you. This is a view that comes out of Roman times. They themselves wash regular and saw the health benefits of such actions. For example, Chedworth Roman Villa, near Cheltenham has two sauna units and several plunge pools fed by a local stream. When Cheltenham was at it peak this is what the clientele would have had.

First of all, bathing was not an Upper-class thing. They just wiped their face with a linen cloth and made sure that there clothes were laundered. As for the rest of them? They let nature take care of that. However, when Queen Anne of Great Britain decided to dive in this was the green light for the aristocracy and the well to do to get themselves to the Spa. You would expect to stay over to begin with and rise for a bout of Drinking from the Pump Room spring and then a communal bath with the other ladies or Gentleman. No mixed sexes here. After the water drinking and bathing you would sit down for a breakfast with you fellow diners to discuss the matters of the day and who was secretly involved in what scandal whilst the were at the Spa. Think of it as Mr Darcy does Club 18 – 30. After breakfast its back on the water for a drink then a fashion show. If that didn’t float your boat, then there was shopping or a trip to the library or maybe try some of the new-fangled Coffee. You also had to be good at promenading. This involved you walking up and down with your betrothed and saying hello to people you knew. Then it was back for tea at 4 before a load more promenading then some good old knees up in the evening.