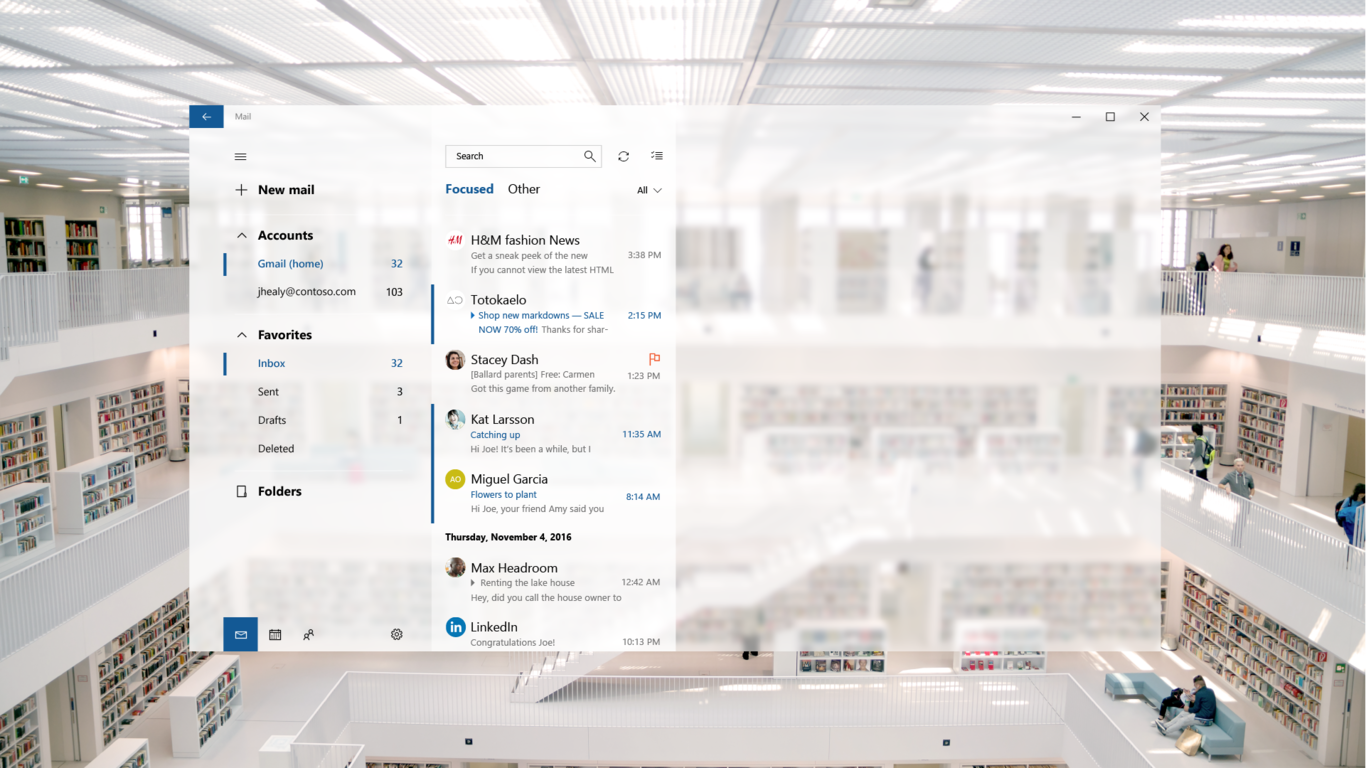 Some time ago, the Microsoft design team has a blog on Medium where they share details about the creative process within the company and the changes they are working on to improve the appearance of Windows 10 and its applications.

Fluent Design is at the center of everything, the design language that was unveiled in May 2017, has always looked very striking and promising , although to date, users have only seen it affect the way Windows looks at a very, very high percentage. minimum.

In the most recent post published by Ruediger Kinast, product designer of Outlook and Office 365, we can take a look at all the concepts in which the designers worked to give a more “Fluent” touch to the Mail and Calendar applications .

There are truly striking and modern designs and it is not difficult to feel a little (or very) disappointed in the end, when we see the few changes that end up coming to the applications, changes that in some cases are not noticed.

Kinast also explains how they started thinking and working on new designs even before 2015, and it was not until 2017 that the engineers could even touch their redesigns .

The (sad) reality for the design team is that however beautiful and attractive their ideas are, the process to integrate them into the system is extremely complex. Also, they can not throw the house out the window and make radical changes, since altering key functions by redesigning apps that millions of people use is something they have to consider very carefully .

The great redesign of Windows is still just a concept

If we can call something radical without doubt, it was to that video presentation of Fluent Design that Microsoft showed in 2017. Practically nothing of what you see in those images, clearly conceptual, has come to exist in real-life Windows.

However, Kinast does not rule out that these more radical changes will happen at some point, only rather slowly and gradually. This is how Microsoft has said that the integration of Fluent Design in Windows 10 will work after all.

Those most interested in design can read in detail the process of each decision explained by the designer, from everything that is considered to change or not the background of an app, to the debate by the animations to show the side menus.

The user who wants to see new things on Windows may be interested in all of this is that if they are working on a clear topic, perhaps the days of a white taskbar in Windows 10 are not so far away.

If something is clear with this, it is that there is a clear separation between the work of the design team and the engineers who ultimately implement the changes in Windows.

The decision-making process sounds like a horrible technological bureaucracy that could cause nightmares to anyone. Windows is an operating system used in at least 600 million devices today, and you will not want to alienate any of those users with too drastic changes.

It is not the same to change the design of only one email app, that of an entire operating system and its applications, which also have their own computers. The people who work on the calendar and the mail are not the same people who work on music and video apps, news and weather apps, or Microsoft Edge, or the File Explorer, or the Windows Shell.

Keeping all these parts consistent is clearly a challenge. And it is something that users continue to notice in Windows, although at least they seem to be on the right track and increasing their efforts more and more in the visual section.