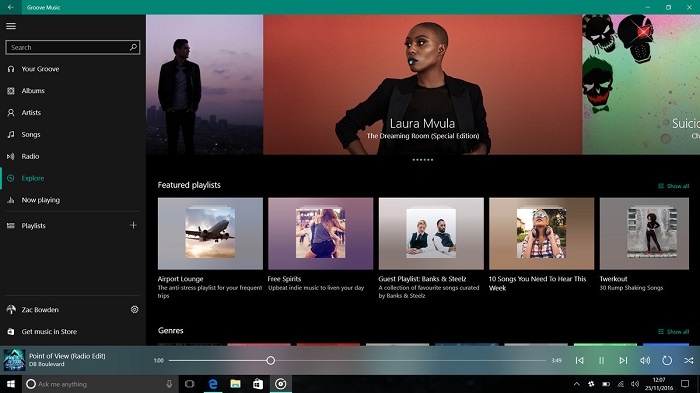 Microsoft has been making changes in the design language of its operating systems for several years. Windows 8 came hand in hand with the Metro Iterfaz, while with Windows 10 premiered the one known as “Microsoft Design Language 2” or MDL2. But the Redmond are already working on a new style, one that is currently codenamed Project NEON.

This has been confirmed several sources internal to Windows Central, sources that point to it will be a kind of Metro 2.0 that will be a new step for convergence of its operating system and could be released with the update Redstone 3 of Windows 10 that will arrive in autumn. NEON would define the design lines of its version for PCs, tablets and smartphones, but also for its Hololens.

A new step in convergence

The sources of this medium also point out that Microsoft has been working on these new lines of design for about a year. It will offer a simple and clean interface, but adding small details that it does not currently have. These details have not been specified yet, but there is talk of more animations and transitions to make the UI more fluid and colorful than the current one.

Being a new step in the convergence of Microsoft, it will also be very focused on providing a clear and elegant design for Hololens including 3D add-ons. Recall that the Redstone 2 or Creators Update of spring will already include the first three-dimensional elements, but it seems that Redstone 3 could go even further.

The ultimate goal does not seem to be so much to revolutionize the look of Windows 10 as to present itself as a natural evolution to your UI by completing the transition from Windows 8 to Windows 10. It will do this by eliminating some of the consistencies of the latter, such as all those menus that have duplicates.

Another inconsistency is found in the applications themselves. Developers can now add their own context menus, application bars or hamburger menu designs, creating a small chaos in which Microsoft will begin to put order with a new design guide for everyone to patch in the same direction.

Redstone 3 could be the starting gun

As we have said Project NEON plans to arrive with the great update Redstone 3 of autumn, although in spring after the launch of the Creators Update we should already have the first details in the beta builds of the program Windows Insider. Even so, it would not be strange that this update included the first brushstrokes, so we have to be attentive.

Once the design is presented in Redstone 3, Microsoft will continue to work on it to polish it in Redstone 4, an update that will arrive in 2018, and where third-party developers can also start taking advantage of it. It will be then when the time comes for the truth and we can see to what extent will this new design language will do away with the inconsistencies of Windows 10.