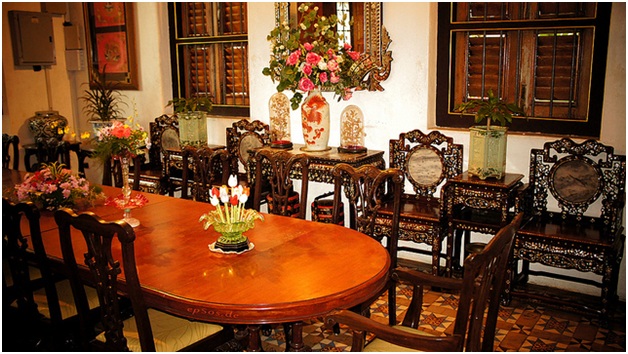 Antique dealers and auctioneers never know what they will come across when they enter people’s homes, but few will ever share the experience of experts in Staffordshire.

A couple’s death prompted a routine inspection by auctioneers at a Staffordshire estate close to Lichfield; however, what was discovered was far from routine. Charles Hanson, of Hanson Auctioneers, said entering the house felt like returning to Shakespearian times, as it was filled with a vast array of extremely rare furniture dating back to the 1600s.

While experts such as bar furniture suppliers in London will sometimes uncover items of great aesthetic, historic or financial importance, it is a once-in-a-lifetime experience for auctioneers to find themselves surrounded by such a massive collection. Mr Hanson reported that every piece of antique furniture housed in the main rooms came from the 17th century, including a bed thought to have been slept in by James I.

The find sparked interest across the world, from experts such as victorhallantiques to members of the public. The items are believed to have survived the inferno that was the Great Fire of London.

As reported in the Daily Mail, highlights of the discovery included the four poster walnut bed dating to around 1620, a 1580 oak blanket chest, a fruitwood and oak dining table from 1630, and a painting of the Earl of Sussex’s sons from 1670. Photographs of some of the finds can be viewed on the Daily Mail website and also on the ITV News site.

The timbered property also contained other stunning four poster beds; no less than 14 longcase clocks; tapestries; copper kettles; vases; other antique trinkets; oak press cupboards; oak coffers; and bible boxes. These treasures were collected by the property’s owners over a period of many years. The find amounted to around 180 separate auction lots, which were entered into a Hanson Auctioneers’ sale.

Mr Hanson said this was the finest collection of its kind he had ever seen and likened being in the home to being in a property run by English Heritage or the National Trust. The auction sparked interest around the world due to its size and the fact that a lot of similar furniture was lost during the Great Fire in 1666.