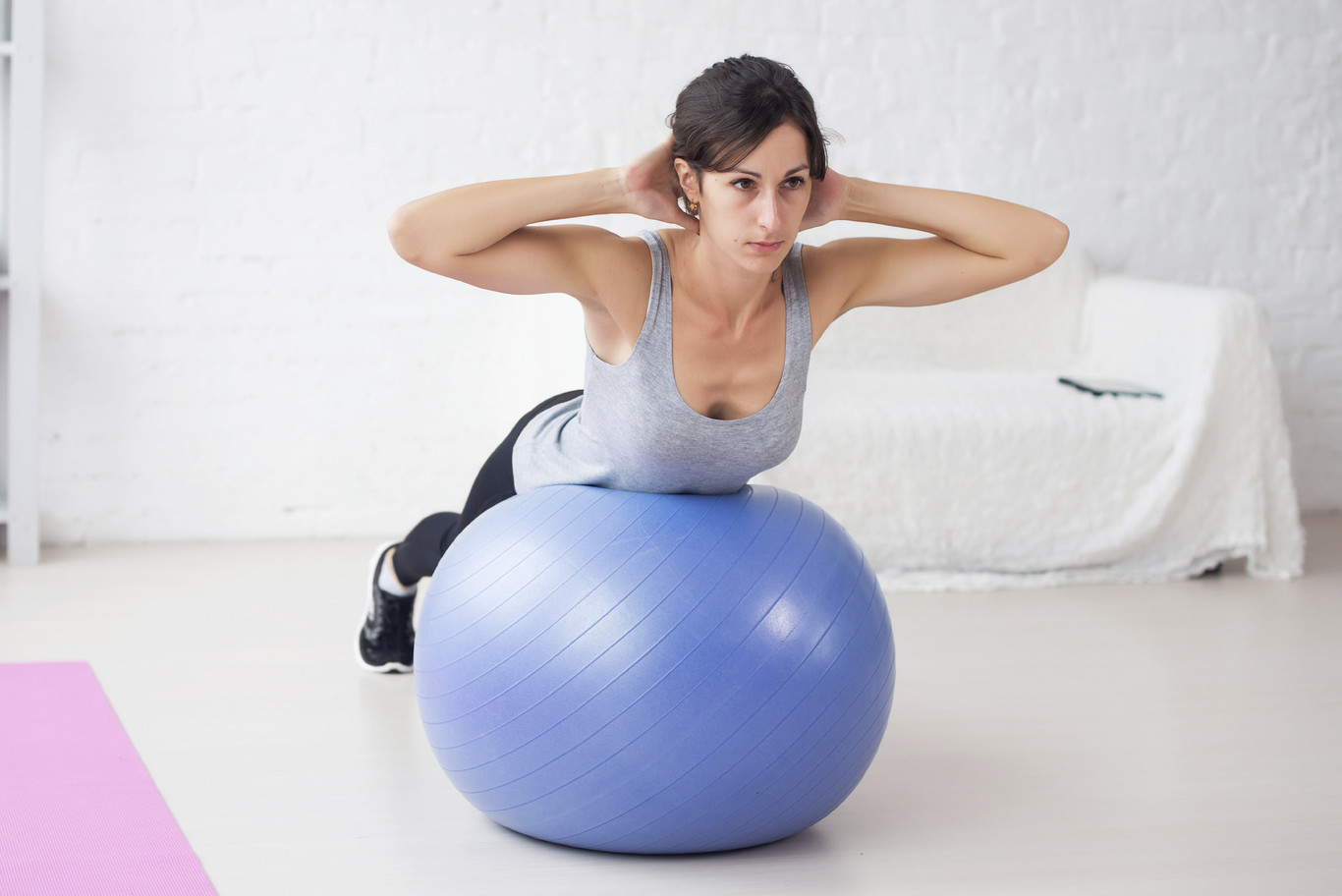 The work of core or the central area of ​​our body is essential to improve our training in general, in addition to being perfect to complement any type of sport: from running to cycling, through training in the room and without forgetting, of course, its function in our daily life.

The muscles of the core include the deep muscles of the abdomen area (the transverse of the abdomen or the pelvic floor musculature), other more superficial (the external obliques and the rectus abdominis), the hip-related musculature (psoas-iliac and buttocks), the stabilizing muscles (multifidids, spinal erectors), the musculature of the upper and lower back (dorsal, quadratus lumbar) … As you can see, it is a concept that covers a lot of muscles and that must be trained properly.

Since many of these muscles have a stabilizing function, one of the best ways to train the core is through an implement that generates instability, such as a fitball. Next we show you three exercises with fitball that can be used to work the core musculature.

A very demanding exercise that you can do with the fitball or with a TRX, keeping your feet on the straps near the ground (in the long position). The core musculature is responsible for raising the hips towards the ceiling and stabilizing the position in that position while the feet rest on the ball.

If you want to complicate it a little, you can always do a push-up at the end of the movement.

Perhaps a little easier than the previous one, but the fitball climber also has his crumb. We start from the position of iron with the feet on the fitball and we go to flex the knees taking them towards the chest to return to extend them later. The key here lies in not letting the hip fall to the ground at any time, keeping our weight in the central area of ​​our body.

A more complex variant? Try to do them with one leg on the fitball while keeping the other leg in the air. You can also add the flex that we talked about earlier in the pike exercise.

Roll out on fitball

Another classic of the fitball and the TRX, which may seem simple but puts the muscles of the middle zone to work as few exercises do, is the roll out. The mechanics is the same as that of the power-wheel or abdominal wheel, of which we have spoken on previous occasions and about which we have commented that it is one of the exercises with greater involvement of the abdomen musculature.

We get on our knees, we support the forearms on the fitball and we roll forward until our body forms a straight line. From that position we have to make strength to return to the initial position.

Be careful with the lumbar when performing this exercise: if you notice that they overload a lot (it is usual when we do not have a good abdominal tone) it is best to rest and, if necessary, start doing just the downward movement and hold down in isometric, as if it was a normal plank.

Try to perform these three exercises in a circuit resting only at the end of each round (or, if you need it, also between one exercise and another) and make the most of an element as versatile as the fitball.