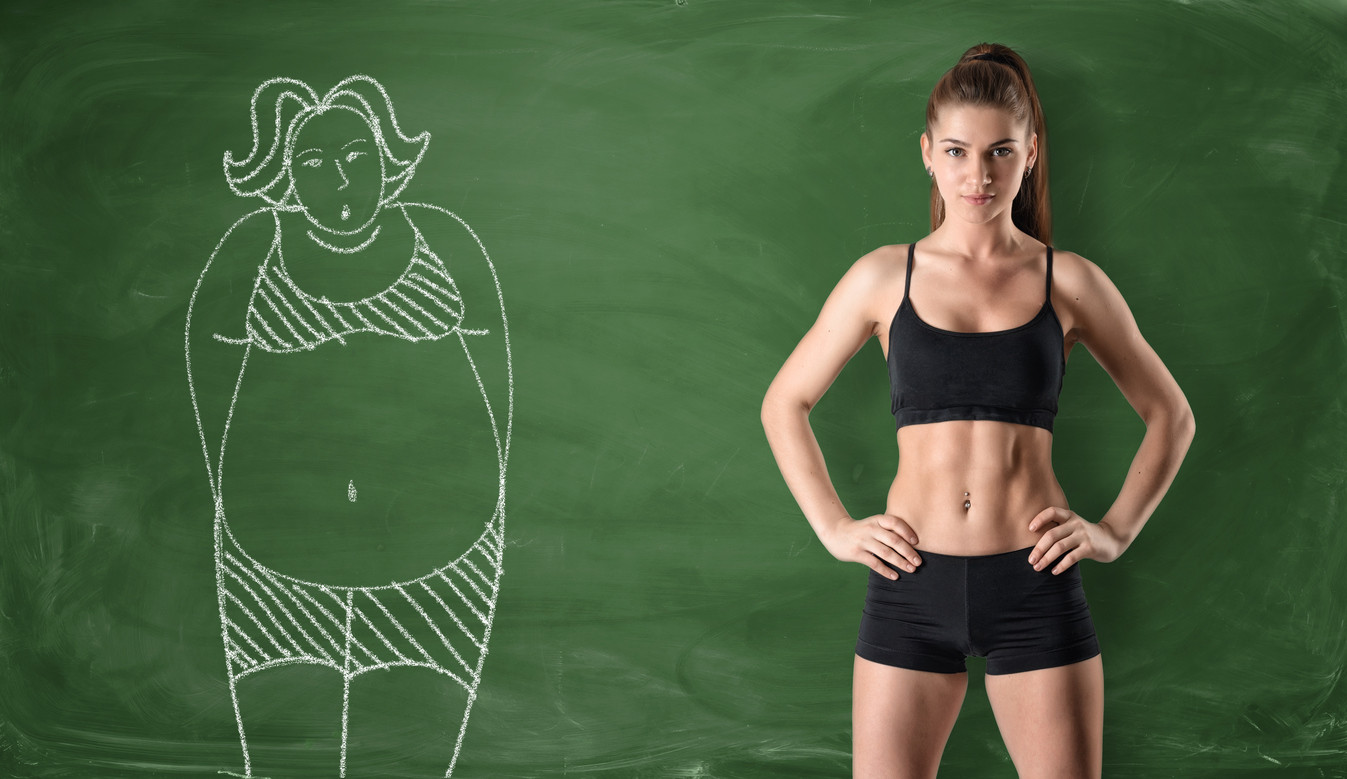 We often forget when we talk about losing weight that obesity and overweight are not a simple aesthetic problem , although that may be the main motivation of many people to get serious about this issue.

Being above our ideal weight is also a problem for health , and a problem that can be very serious if the overweight is very large or if it reaches the level of obesity. Cardiovascular diseases, diabetes or depression are just some of the pathologies associated with overweight and obesity.

If you carry a few extra kilos with you, you also carry a higher than average risk of suffering up to fifty diseases and health problems , including those that are the main cause of death today, such as heart attacks, diabetes and certain types. of cancer, as well as other less common ones, such as gout or gallstones. The link between excess weight and depression is also important, a disorder with a profound negative impact on the quality of life.

According to different studies, obesity multiplies the risk of diabetes by 20, and also significantly increases the chances of having high blood pressure, heart disease, heart attacks and stones. There is also a direct relationship between the rate of body pass and these diseases: the more BMI, the more likely to get sick .

Let’s start by explaining why obese people tend to depression. To begin with, both problems seem to stem, at least in part, from alterations in brain chemistry and response functions in the brain. In addition, there are psychological factors that also intervene: in our culture, thinness is synonymous with beauty, and therefore overweight affects self-esteem, a known trigger of depression. Unhealthy eating patterns and eating disorders , as well as the physical discomfort associated with obesity are factors that contribute to depression.

On the other hand, people with depression may end up suffering from obesity and these are the reasons. Elevated levels of a hormone called cortisol , common in people suffering from depression, could alter certain substances in the fat cells that make it easier to accumulate, especially in the abdominal area. In addition, these people often do not care about eating properly and exercising on a regular basis , making them prone to weight gain. Finally, some medications for depression favor weight gain.

If you snore loudly and stop breathing several times during the night, awakening abruptly with a cough or snort, you probably suffer from sleep apnea, a very common sleep disorder associated with overweight and obesity .

Sleep apnea prevents rest properly, but that is not your only risk: it increases the likelihood of high blood pressure, heart attacks and heart attacks .

Some of the most common problems associated with excess weight , such as high blood pressure, too high cholesterol levels, etc., tend to occur all together, and can lead to more serious problems: heart disease, heart attacks and heart attacks .

High blood pressure is six times more common in people with obesity than in people who are underweight. About 10 kilos of overweight ** increase the risk of a heart attack by 24% **. Being overweight increases the likelihood of heart disease by 32%, and obesity by 81%.

Obesity and overweight are closely related to diabetes . About 90% of people with type 2 diabetes are overweight or obese.

A high sugar levels in the blood, the main sign of diabetes, is one of the symptoms called metabolic syndrome . Left untreated and controlled, diabetes can lead to serious health problems, including kidney failure, blindness and lower limb amputation.

According to some experts, overweight is the second cause of death in cancer patients , only behind smoking.

A study by the American Cancer Society showed the relationship between the two. Among other things, he concluded that in people over 50 years, overweight and obesity could be responsible for 14% of deaths of men with cancer, and 20% of deaths of women ; In both men and women, a higher BMI was associated with an increased risk of dying of cancer of the esophagus, colon and rectum, liver, gallbladder, pancreas and kidney; in men, the risk of dying from stomach and prostate cancer also increased, and in women, cancer of the breast, uterus, cervix and ovaries.

One of the causes could be that people with overweight and obesity are more reticent or have more difficulties to undergo tests for tumors , which causes that when they are detected, the cancer is more advanced and has a worse prognosis.

Being overweight or obese makes any daily activity more difficult. Compared with people in their normal weight, patients with obesity need more time and effortto walk 500 meters, lift a couple of kilos or get up from an armchair. The effort and the burden that this supposes seems to have worsened with respect to previous decades, probably because now these people are obese now during a greater part of their lives.

As this burden affects many common diseases, overweight and obesity significantly reduce life expectancy . According to a study, people who were overweight in middle age had a ratio of premature death between 20 and 40% higher, and in people who were obese, the ratio was between 2 and 3 times higher.

Another study determined, after following 1.5 million adults between 19 and 84 years, that the risk of death increases with body size : between 44% for those with medium obesity up to 250% for those who have an extremely high BMI high.

The benefits of losing weight

Since excess weight is associated with all these health problems, losing that excess weight seems a good way to take care of our body and improve our quality of life, both physically and psychologically.

Also, keep in mind that you do not have to lose a lot of weight to gain health . Even a modest decrease of 5 or 10% of our initial weight can make us start to notice the benefits. These are some examples: