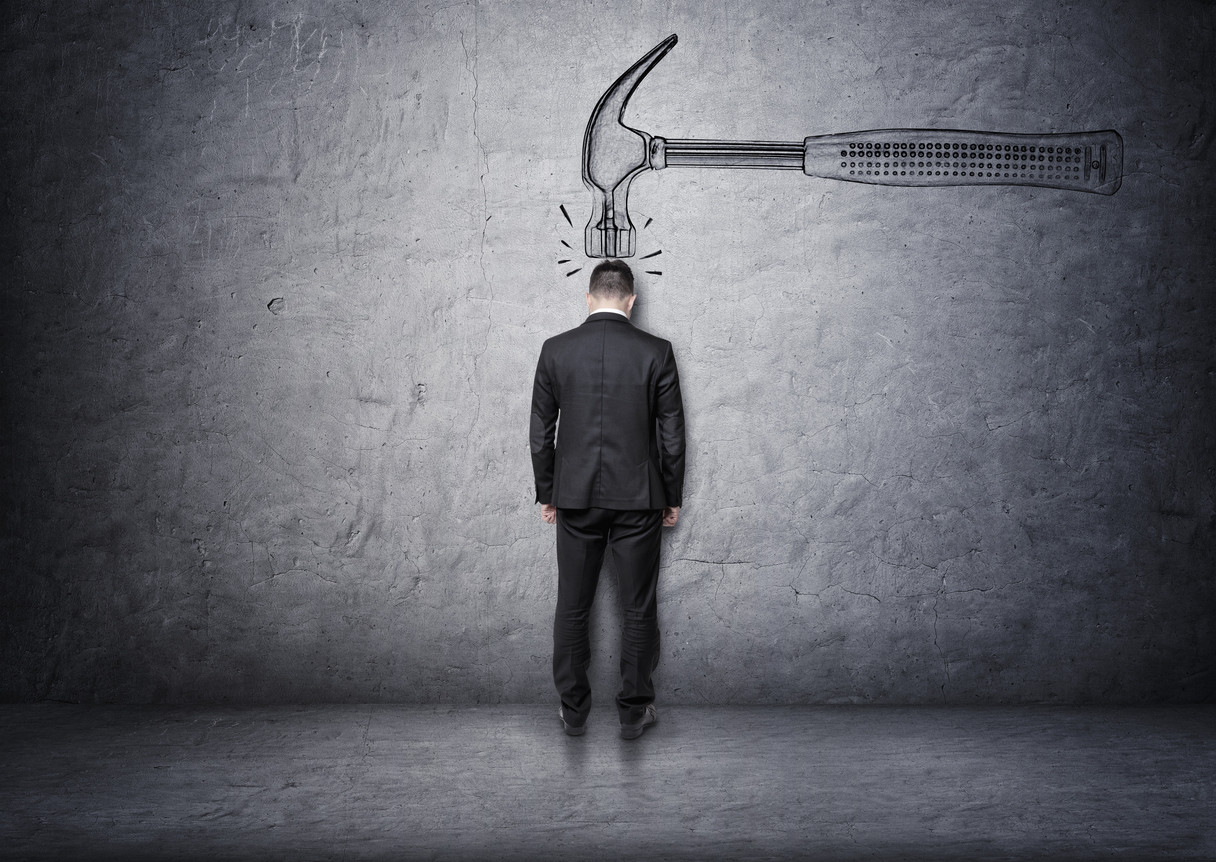 The pain is a feeling triggered by our nervous system and even can be of different forms (dull or sharp, mild or severe, continuous or intermittent, chronic or temporary) always have something in common: we want to finish as soon as possible.

There are worse pains than others. Although it is a subjective sensation, medicine has developed some ways of measuring pain that help differentiate which pathologies and situations hurt more than others. These are some of the worst pains you can face in life.

Gout is a type of arthritis that occurs when uric acid crystals accumulate in the extremities and joints. Precisely, the sensation that many of those affected by gout relate is that the movement produces a pain similar to walking on glass.

It is a nightmare for anyone who is afraid to go to the dentist, because it is a complication of caries that can cause intense pain. An abscess can occur anywhere in the body, consisting of an accumulation of pus from an infection. In the case of the teeth, it is especially painful because there are many nerve endings there. Remember to always take care of your dental hygiene, especially if you are an athlete.

The bullet ant is the only species of the genus Paraponera, which derives from the Greek poneina , which means pain. You already have a clue why it’s on this list. His bite is considered about 30 times more painful than the sting of a wasp , and the name bullet ant was given because those affected resemble the pain of his bite with being shot.

The stone fish is another animal that can make you spend an unpleasant time due to the painfulness of its sting. It is so named because its appearance is easily camouflaged by posing as a stone, but stepping on it can be fatal. Its poison is highly toxic and causes intense pain, as well as death if the necessary treatment is not received in time.

Those who suffer it, compare it to a lightning strike in your head, due to the sudden appearance of it, because while it is being experienced, those affected are practically disabled to do anything. The trigeminal nerve picks up the nervous sensations of a large part of the face, eyes and nostrils.

This type of pain appears suddenly and lasts between a few seconds and a couple of minutes . It is usually caused by friction with a nearby blood vessel that wears away the myelin that lines the nerve and compresses it. It can be part of the normal aging process or be caused by multiple sclerosis, which affects myelin, as well as for unknown reasons.

Labor pains are considered one of the strongest that can be experienced, but they are not easy to measure because they occur at a time when intense physical and psychological processes are involved. But the truth is that the moment of giving birth is an extreme challenge for the mother’s body , which suffers dilatations and tensions very strong, when not also tears and bleeding. Hospital care and the use of methods such as epidurals, when properly used, represent a breakthrough and relief at the time of delivery.

6. Stones in the kidney

Sometimes substances in the urine can form small stones or kidney stones ranging in size from a slight gravel to pebbles of several centimeters. Most do not produce complications and are expelled through the urinary tract without needing medical help, but that does not mean that it is not a painful process that can also last for several days.

In a testicular torsion, the spermatic cord that holds the testicle contracts and twists, causing a sudden sharp pain that can cause vomiting and nausea among other symptoms added. This spermatic cord is also the one that carries the blood supply to the testicle, so that if there is no rapid medical intervention, the tissue of the testicle can be necrotic and as a result, it will have to be removed.

The burns second degree are those in which the affected surface layers of the skin . They are usually caused by very hot liquids or chemicals and cause blisters and other skin wounds. Although there are other degrees of more serious burn, in them the nerves are affected and therefore in many cases there is no sensation of pain. In the second degree, the nerves remain intact and therefore the pain is very intense .

It is often described as one of the worst pains that can be suffered for various reasons that mix physical and psychological causes . It is an intense headache that focuses on a point just behind the eye and that can last between 15 and three hours. During that period, the affected person can hardly carry out normal tasks . It is called a cluster because it usually appears in several consecutive attacks that usually occur at the same time of the circadian rhythm. To the intensity of the pain we must add the anxiety of fearing the next episode .

The pain threshold and how we measure it

As we said at the beginning, it is not easy to classify the worst pains because it is a subjective sensation and each one of us feels it in our own way. To try to put some order on this issue, medicine has created some concepts that can help us.

The threshold of pain

The threshold of pain is called the amount of stimulation in which each person distinguishes a painful sensation from a non-painful one : at what moment something goes from being hot to burning, for example. The result can vary greatly from one person to another, and has to do with the intensity with which each of us perceive the pain.

As pain is a subjective sensation, different scales have been developed to facilitate communication between doctors and patients about the intensity of the pain they feel. One of them, habitual in many consultations, is a scale based on illustrations of faces in which the first one does not feel any pain and the last one is contracted and tearful because of the intense pain that he suffers. With them, the doctor asks the patient to describe which would identify the pain he is feeling.

At other times, a method to measure one’s pain is to remember the worst pain we have had and compare the current pain with that one. This has the advantage of creating a scale according to each person, although the memories of pain are doubly subjective and must be taken with caution.