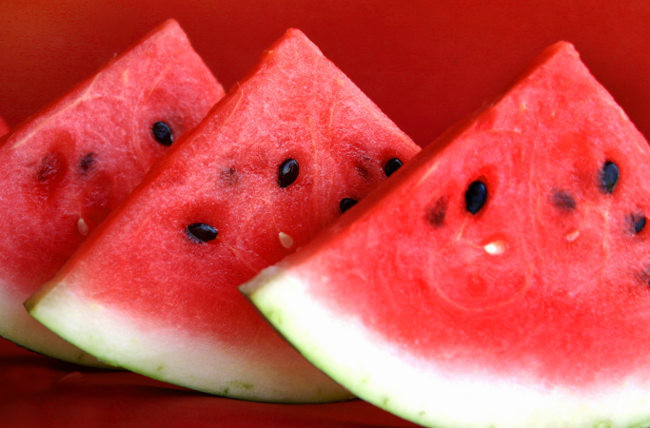 The L – citrulline is a nonessential amino acid that can be found in different foods rich in protein as well as watermelon and cantaloupe for example. This amino acid has the ability to produce different effects that in our body that result in an improvement in physical performance. Here we tell you more about it …

Citrulline in the form of salt makes up the citrulline malate or citrulline malate that is currently part of many sports supplements, because among other things, increases the levels of L-arginine in blood and improves the use of amino acids during exercise, according to scientists. Which can promote performance and muscle recovery.

On the other hand, L-citrulline participates in key metabolic reactions in the production of aerobic energy, which means that it can delay the sensation of fatigue as it has concluded a study published in the British Journal of Sports Medicine, which recorded an increase of 34 % in the production of ATP during exercise and a 20% increase in the recovery rate of phosphocreatine after physical exertion.

This can not only improve aerobic performance but also be useful to optimize performance in high intensity anaerobic workouts, as well as to reduce post exercise pain as observed in a study published in 2010.

The best muscle recovery is due not only to the optimal use of amino acids in the body but also to the intervention of L-citrulline in the urea cycle that prevents the accumulation of waste substances that can cause stiffness and fatigue among others things. Likewise, L-citrulline promotes the release of nitric oxide in the body and reduces the production of free oxygen radicals in the body according to research published in the journal Free Radical Research, all of which is key to promote recovery after an effort intense physical as well as to improve performance.

For all these effects in the body, this amino acid represents an ergogenic aid that can be added with natural foods such as watermelon and watermelon juice, or by supplements in doses of 6 to 8 grams daily, ingested before physical exertion.

In the latter case, we will need to go to supplements because the doses indicated for athletes are not easily achieved in a varied diet or with foods that contain cirtrulina naturally, otherwise we would consume an excess of proteins.