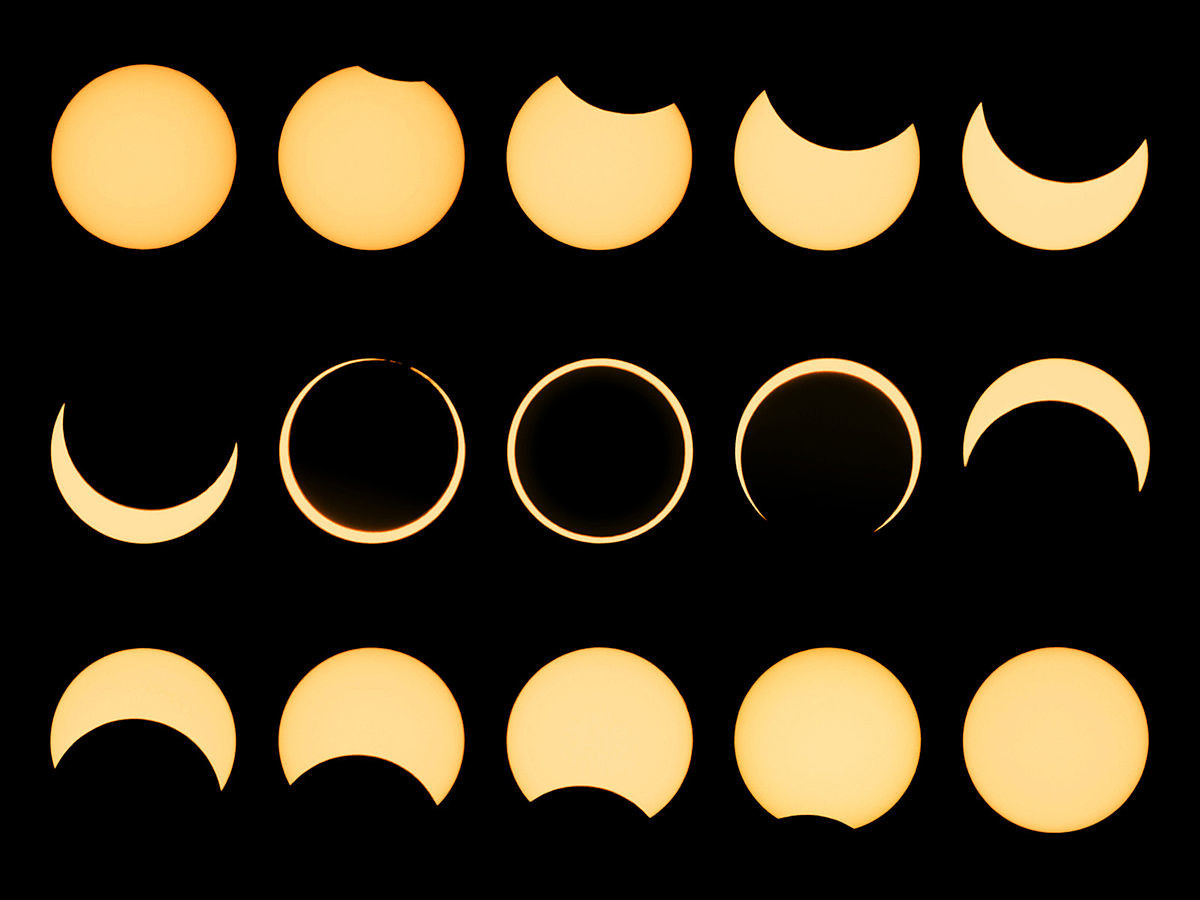 If you are interested in astronomical phenomena, or simply go through there at the right time, this is what you must take into account if you want to observe the eclipse.

Tips to see the eclipse safely

If you put these tips into practice, you will be ready to enjoy an unusual astronomical spectacle that has fascinated humanity for millennia. So much so that they run all kinds of hoaxes and myths related to the supposed effects that eclipses have on us.

Several traditional cultures associate eclipses with damage to the fetus and problems during pregnancy . The Aztecs, for example, believed that an eclipse was the result of a bite being torn from the moon. This translated into the superstition that if a pregnant woman observed an eclipse, a bite would be torn from her unborn child.

This resulted in the baby being born with facial defects, such as the palate or cleft lip . To avoid this, women should avoid exposure to the eclipse, hold a metal object and wear red underwear.

Needless to say, although the cause of the palate and cleft lip that some children suffer at birth is not known, no links have been found between eclipses and malformations during pregnancy .

In some places like India, many people fasting throughout the day of the eclipse convinced that the food cooked or processed during the eclipse can be poisonous .

The supposed reason is that, when an unusual phenomenon occurs in which the sun’s rays disappear and its antibacterial effect, the microbes proliferate with much more speed and virulence . The extraordinary phenomenon would also affect our body, which would be confusing and could not process food well.

There is no scientific evidence to support this idea. A solar eclipse is simply a shadow, but more widespread, and it is not a problem to leave food in the shade (obviously, a sensible time, that outside the fridge in the heat of summer should not be too long in any case).

The eclipses and your birthday

Some astrological currents say that if an eclipse occurs on your birthday, or just six months after your birthday, it is a sign that you will suffer serious health problems . It should not be necessary, but let’s say, just in case: there is no evidence that a relationship between eclipses and our health, including this so peregrina.

With this type of theory it is worth remembering the so-called confirmation bias, by which we usually remember the occasions when two phenomena coincide, but we forget all those times, more numerous, in which they do not coincide.

For example, if your birthday coincides with an eclipse, and then you get sick, you will probably remember the coincidence and give it a disproportionate importance, whereas in many previous occasions, both phenomena did not coincide and maybe you also suffered some health problem, and of that you remember.