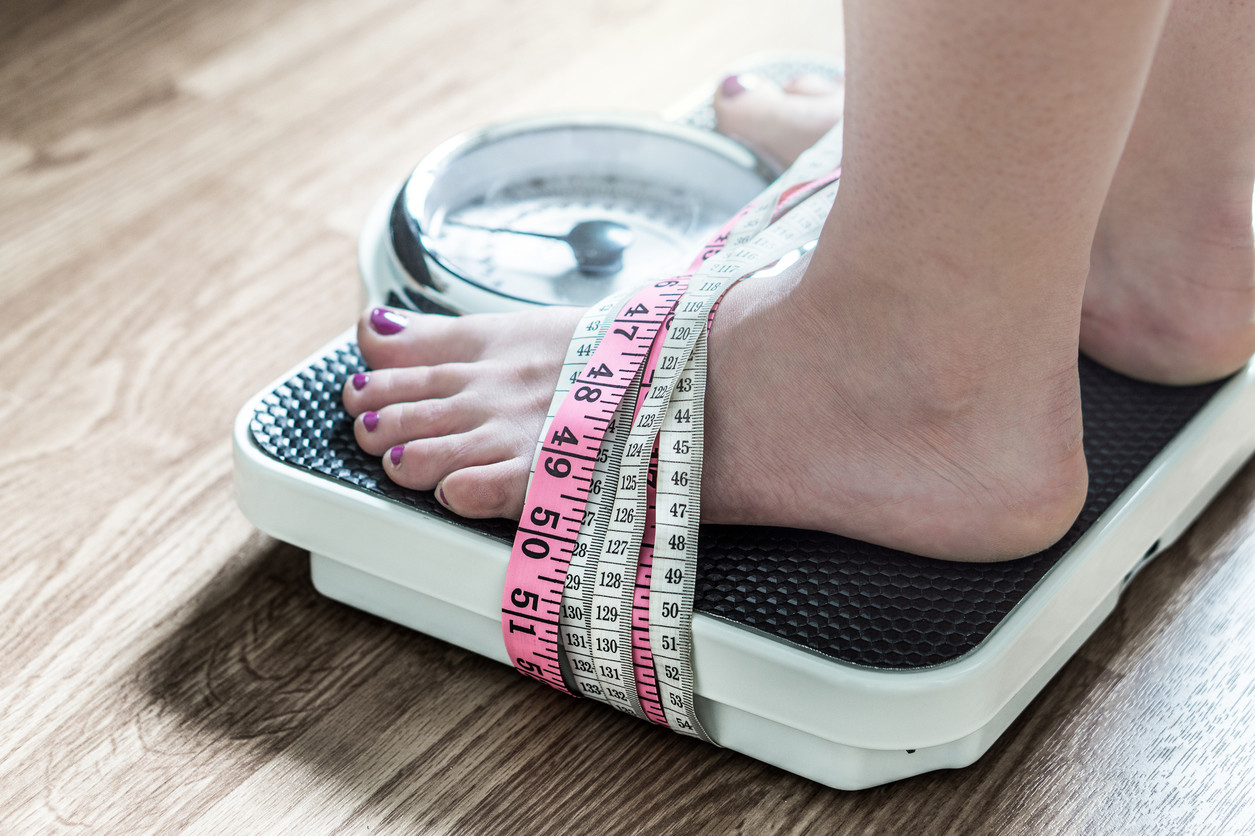 For someone who has never been interested in starting a diet, going into that world can be intimidating: there are many and varied, and each of them has defenders and detractors as if instead of a method of feeding we were talking about a team of football or a political party.

For you to make a composition of place, we have collected here the most popular, what they are, why they work at the beginning and why, in the end, not only are not a good idea but can even be a danger to your health.

The Dukan diet , created by the French physician Pierre Dukan, is based on the massive consumption of proteins and the almost absolute restriction of carbohydrates and fats . It consists of four phases: the first phase eliminates the consumption of carbohydrates and vegetables, and only low-fat protein foods such as poultry, eggs or fish are eaten; In the following phases, some vegetables, fruits and few carbohydrates are gradually introduced until they finish eating everything. In the last phase, which will have to be followed for life, we will have to eat exclusively proteins one day a week.

The success of this diet is that the initial weight loss is high , which is very motivating, and that you do not have to count calories or measure quantities of food, which makes it easier and easier to follow.

But its short-term drawbacks win over the advantages: to begin with, a diet that so severely restricts carbohydrates, which are necessary for the body to function properly, is by definition an unbalanced and unhealthy diet .

By starting by restricting foods with fiber (mainly fruits and vegetables), constipation may appear . Finally, it is not a solution to overweight and obesity in the medium / long term , since a strict initial restriction is followed by an uncontrolled intake of calories, which makes it difficult to maintain the weight lost.

This diet is not really a single diet, but a set of diets based on the same principle: that of separating food, mainly proteins and carbohydrates , and never eating them together, under the premise that the digestive system collapses when it has to process both together, and end up accumulating the seconds in the form of fat, which is what makes us fat. In addition to that, ask to restrict fats and sugars.

This diet has no scientific basis : there is no evidence that the digestive system needs to segregate nutrients to process them better. It is true that digestive enzymes are specialized in one or other types of nutrients, but all work together during digestion.

Actually, this diet works for other reasons. First, because restricting sugars and fats is a way to reduce the calories we eat, which is what really makes us lose weight . Second, because when separating the nutrients you have to be more aware of what you eat , which is also a good way of eating in a more organized and generally healthy way. And third because after a while, feeding can become more tedious and therefore we eat less .

The Atkins diet is named after the American cardiologist Robert C. Atkins. It consists in severely restricting carbohydrates and increasing fats to achieve the mobilization of body fat as an energy reserve.

It is one of the so-called ketogenic diets , which promotes the formation of ketone bodies , shorter fat chains that are used as fuel by the brain and organs. The presence of these ketone bodies together with the unbridled consumption of proteins increase the feeling of fullness , so that those who follow end up eating less, which favors weight loss.

The Atkins diet works in the short term because by limiting hydrates, the body pulls body fat to function. Also, as we have said, you eat less. The problem is that it is a completely unbalanced diet : in this diet, hydrates provide approximately 20% of daily calories, when it is recommended that they contribute between 50 and 60%. In turn, fats contribute up to 45% when it is recommended that they do not exceed 30%.

In the medium term, this way of eating can cause damage to the body: it can alter cholesterol and triglyceride levels and worsen kidney damage due to high protein consumption. On the other hand, completely eliminating common foods such as bread, pasta or potatoes can be difficult to maintain.

The detox diets have in principle the aim of making us lose weight, although there are many people who advertise for it. It is about spending a time (a day or several) consuming mainly liquids and maybe some fruits or vegetables with the aim of purifying and cleaning our organism inside.

They are a real business based on the sale of juices and vegetable smoothies, but it is based on the wrong scientific concept: that our body accumulates toxins present in food and needs us to clean it up. This is absolutely false: the liver and kidneys , when they work properly, are responsible for processing and eliminating substances that the body does not need or can not absorb, and these do not remain swarming freely by our body or our intestines. If the kidneys or liver do not work properly, what we will need is serious medical treatment, and not some juices.

If someone uses this type of diets to lose weight, I’m sure he gets it. After all, several days taking only juices, broths or fruit smoothies are several days ingesting fewer calories than the body needs to function normally. But it is an unsustainable system over time without affecting health, because we will be denying the body essential nutrients.

Again it is not a diet, but a set of them , which are characterized by promising spectacular results in a few days , at most two weeks. In that period of time there is a huge caloric restriction , which can reach 75 or 70% of the recommended daily amounts for an adult.

By imposing such a caloric deficit , the body goes to its reserves of fat to obtain the energy it needs, and that is why the person who is following it loses weight.

These diets pose several problems. For starters, they are impossible to maintain in the medium term without serious health deterioration, since you can suffer from malnutrition very soon. To continue, the days of this diet the person who follows it will suffer a strong feeling of hunger and may experience dizziness, fainting or lethargy among others.

To finish, the rebound effect can be very intense after one of these diets: after having spent several days of shortage, when returning to eat normally the body can accumulate calories in anticipation of another stage of hunger, so that eating the same as before doing the diet, we can end up getting fatter.

6. The diet of the artichoke

This diet , which also exists in other varieties (of the strawberry, for example), consists of spending several days eating mainly artichokes cooked in different ways . In another version of the diet, called arko artichoke, the purported thinning properties of the artichoke are not achieved by eating the vegetable as such, but are taken in capsules that are bought in pharmacies or herbalists (and at a not inconsiderable price) .

The supposed effect of artichokes to help us lose weight is based on cynarin , a compound that in theory helps to mobilize fats from the body and thus eliminate them more easily. But it is not a miraculous fat burning compound as many people advertise.

The diet of the artichoke works for the same reason that the lightning diets mentioned above work: it is a low calorie food eaten almost as the only food for several days. It is logical therefore that it makes us lose weight.

The problem is also the same as that of the other diets: that it is impossible (and absolutely inadvisable) to maintain that diet for a long time, so once we leave the diet, it is very difficult not to recover the lost weight , and even more .

7. The diet of the blood group

This diet stands out for its originality, since it is not based only on the nutritional groups of the food but also on the characteristics of each person. Specifically, it postulates that each person must follow a different diet according to their blood group , since that will optimize the digestion of food, improving their health and helping them to avoid the accumulation of fats.

It is based on a supposed human evolution in time. Thus, people with blood group 0 belong to the original group and are hunters / wrestlers, so they must eat the food that was obtained and prepared at that time (meat and fish) and avoid the rest. Those in group A would be farmers and gatherers (vegetables, fruits, nuts and cereals), those in group B would be farmers and dairy farmers (dairy, poultry and meat) and those in group B would be a mixture of the previous two (and therefore could continue a mixed diet).

There is no evidence to date that this theory has any real basis , neither in terms of its supposed benefits for health nor in terms of its effectiveness to lose weight. Restricting a food group is never positive, but in case of recommending a feeding pattern, in general it would be the group A that is the healthiest : increasing the consumption of fruits, vegetables, nuts, seeds and cereals, limiting the consumption of red meats

The problem common to all these diets

Doing one of these diet to lose weight is generally an ill-advised decision: abruptly change our way of eating to follow strict patterns may give short-term results but it is difficult to maintain , and once we get out of those patterns strict, the lost weight will recover easily .

But the main problem is that they do not teach us to eat better . Most of us do not carry a diet as healthy and balanced as we should for lack of time, interest or desire, but that is the key to maintaining a healthy weight. Dieting does not educate us to improve our diet , but it marks a narrow path from which we should not leave. If at some point we leave, we will return to our old ways and we will not have learned anything.

Healthy eating and physical exercise are the two basic pillars of a healthy life. In addition, they can help us lose weight if we are above our recommended weight. It will always be slower than if we decide to submit to a strict diet, but usually also more stable and sustained over time .