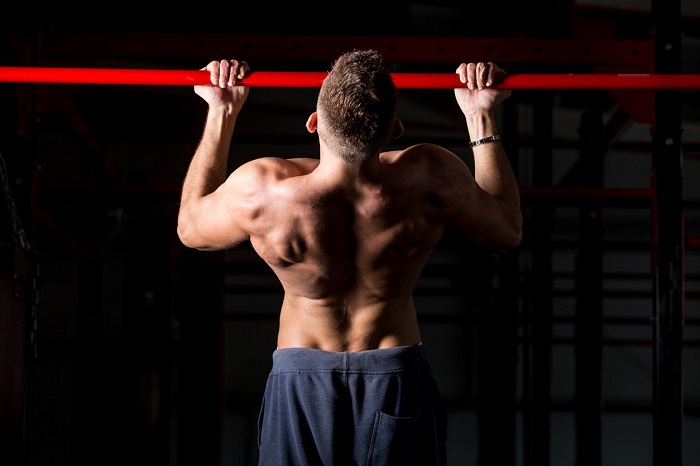 When we speak of dominants, we usually confuse this term that designates the pull ups with the chin ups, the latter although they could be denominated variants of the traditional dominants, they are not equal. Here’s what your differences are.

The first and great difference between the classic dominated or pull ups and the chin ups is that the first ones involve a grip in pronation, that is to say, with the palms of the hands out, while in the last the grip is in supination or with The palms directed towards our body.

On the other hand, traditional dominated or pull ups are executed with a grip slightly wider than the shoulders, while in chin ups, the grip is narrower.

The difference in the grip between chin ups and pull ups determines a different range of motion and therefore, we speak of two similar but not equal movements.

Because the grip changes the body’s movement, the muscles worked may be similar but with special focus on different portions of the back and arms.

That is to say, both exercises work dorsal, trapezoids and biceps, but the classic pull ups or dominated with grip in pronation request of secondary form the muscles of the arms being the center of the effort the back.

On the other hand, the dominated with supine grip or chin ups, demand a much superior effort of the biceps and other muscles of the arms that work hard to raise the body next to the muscles of the back.

These are two major differences between traditional dominated or pull ups and chin ups. Although both movements perform similarly and work similar muscles, these small distinctions make an important difference between the two.

So we can not use chin ups and pull ups synonymously, but that the first call with the dominated insulated grip whereas the latter describes the dominated traditional with overhand grip.