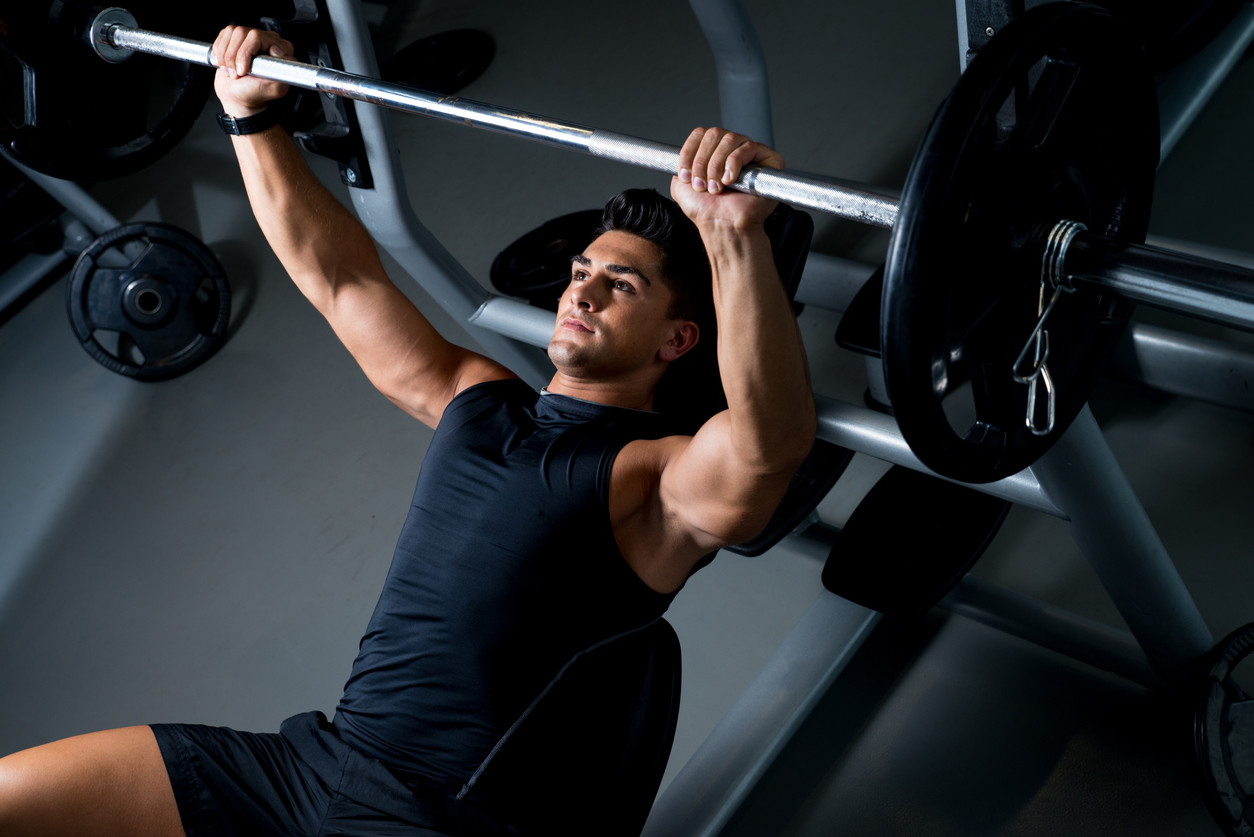 The bench press is one of the most used exercises for training and hypertrophy of the upper body muscles , especially the muscles of the chest.

In this exercise different grip widths are used ( wide, medium or narrow ) and different positions in the bank (flat, inclined or declined).

But do these variations change much the muscular activity of the different muscles involved in the exercise? Is one grip width or one bench position superior to the others?

Understanding the effect of manipulating variables has the potential to improve the design of our training program and increase the specificity of strength and hypertrophy training protocols .

Until now there was limited evidence on the effects of different grip widths and inclinations of the bank on muscle activation patterns during the execution of the bench press exercise, until a recent study has evaluated these aspects.

The study, published in this year 2017, was carried out in subjects with extensive experience in strength training and in the bench press (they competed nationally and some internationally).

The bench press was performed with a free bar (six maximum repetitions), evaluating the muscular activity of the pectoralis major (clavicular and sternocostal part), the anterior and posterior deltoids, the triceps brachii, the biceps brachii and the latissimus dorsi.

In turn, the three grip widths (narrow, medium and wide) were evaluated in the flat bench, and the wide grip in the three bank positions (flat, inclined and declined).

Specifically, the grip widths and inclinations were as follows:

Muscle activation according to the position of the bank

A similar muscular activation was observed in the pectoralis major (clavicular and sternocostal part), in the posterior deltoid and in the latissimus dorsi in the three positions of the bench (flat, inclined and declined).

Muscle activation according to the width of the grip

Contrary to what many may think, no significant differences were observed in any muscle according to the width of the grip (narrow, medium or wide), with the exception of the biceps brachii.

No differences were observed between the flat position and the declined position. Comparing the loads of six maximum repetitions in the different grip widths , we obtained 5.8% and 11.1% more loads of six maximum repetitions in conditions of wide grip (132.7 ± 17.0 kg) in comparison with the medium grip (125.4 ± 17.4 kg) and the narrow grip (119.2 ± 16.6 kg), respectively (the narrow grip is the one with the lowest load that could be lifted).

What should we consider then about these variations in the widths of grip and inclinations in the bench press?

The muscular activation of the pectoral and shoulder muscles is very similar with the different grabs and inclinations.

Comparing the three grip widths , a similar muscular activation is observed, with the exception of a lower muscular activity of the biceps brachii using the narrow grip, in comparison with the medium and wide grip.

Therefore, in the bench press, it is more advisable to use a wide grip on a flat bench during strength training and hypertrophy with high loads.

It remains to be seen if there would be some major differences in other types of subjects with less experience in strength training and the bench press and its variations, although this study already gives us many clues that differences in muscle activation are surely not as big as we think.