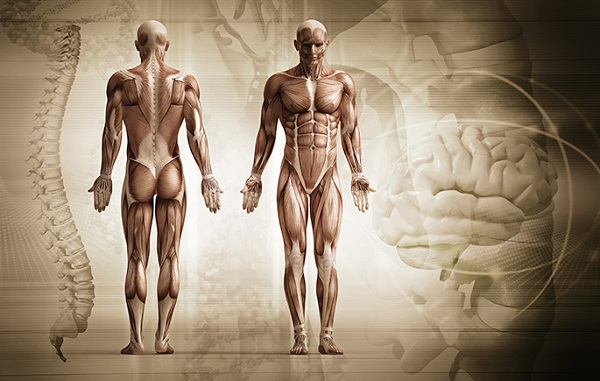 Today we talk about this topic and reviewed a research that analyzed how it responds Hypertrophic memory of our body when muscles reach a state of disuse atrophy.

What happens when we cease muscle activity

A fear of the most widespread in the world of fitness is how our bodies react to a break of training, i.e. as will be affected muscle volume that we reach when we cease physical activity.

Obviously, when a muscle is training frequently and suddenly suffers immobilization, for whatever reason, you will undergo changes. Inevitably the rate of protein synthesis begins to decrease and will produce a visible reduction in the volume of muscle tissue from the first week of inactivity.

When we resumed the activity of training the muscles begin to regain its original state and recovery is noticeably shorter than a period of regular training, i.e. the size of atrophied fibers recovered within much shorter time than in the case a person that begins with the same muscle volume but has not previously training.

The science of muscle memory

Through the work of Kristian Gundersen wanted to analyze specifically how to respond cellular memory in skeletal muscle through the hypertrophied memory, i.e. evaluate how a an initially large fiber loses its mass inactivity and returns to recover its initial volume more faster than in the case of fibers that have never been trained.
Why people who for years were much less muscular costs them redevelop muscle?

According to Gundersen, when the muscles are continuously active they are creating a kind of memory of his form , which store information in theform of cores (or myonuclei) containers DNA and does not go away disuse atrophy occurs. These extra cores are those that allow skeletal muscle can once again regain, in a much faster way, the volume of previous fibers.

Gundersen before work it was believed that extra carriers muscle memory, added to the muscle fibers, cores were destroyed when atrophied muscles , through a process of cell death called apoptosis; but resistance training in rodents studied the pattern and concluded that it was not.

How to create muscle memory was analyzed

He experimented with a training muscle overload in mice where it was observed that from the sixth day of activity the number of extra nuclei of each cell of muscle fibers increased, reaching an increase of 54% after 21 days, that is, Extra added nuclei even before the fibers themselves grow in size and volume should win (a phenomenon that began to be visible around the ninth day of the experiment).

Following this finding, which confirmed the increasing appearance of nuclei in the fibers, the researchers stopped the activity of force to see how hypertrophic responded memory in rodents.

As the muscle atrophied from inactivity, the size of the fibers decreased by 40% but to everyone’s surprise: the number of cores created not changed. There was no apoplectic cells were killed or muscle fibers.