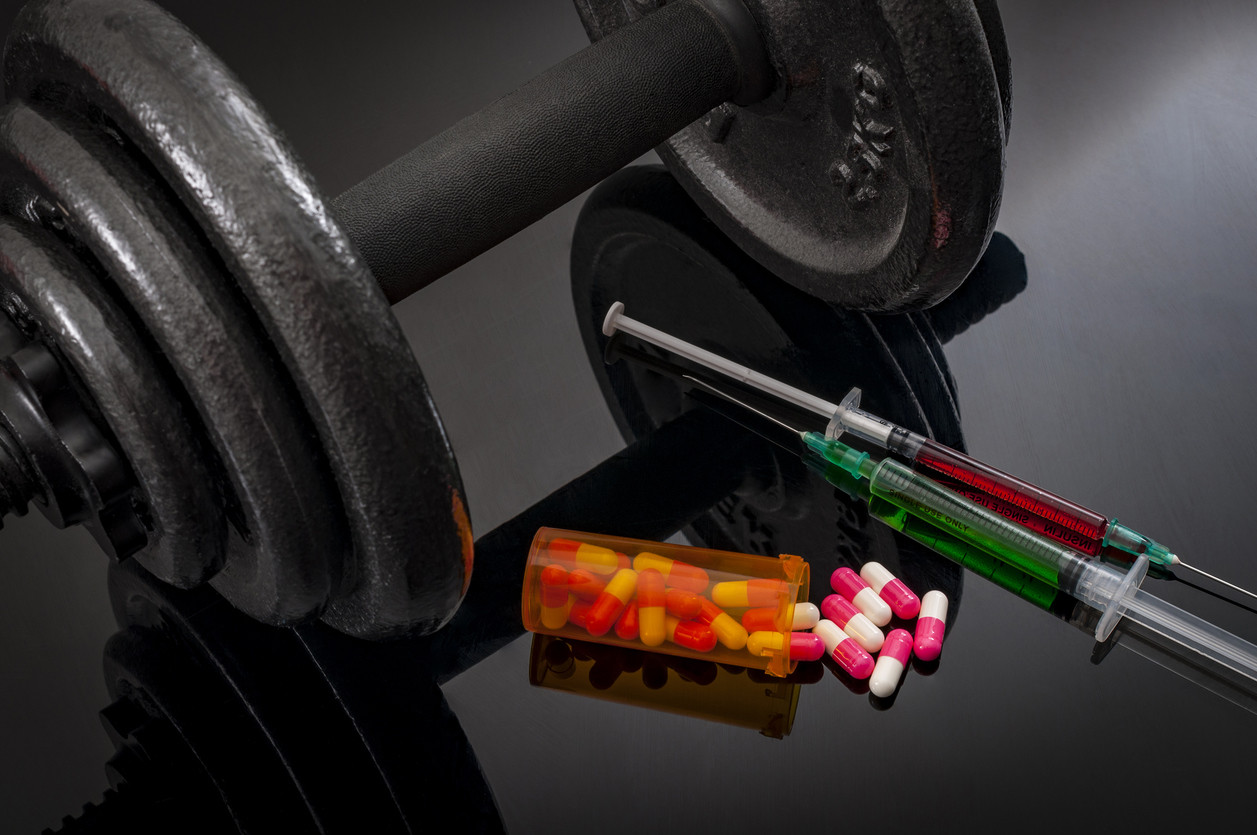 That we live in a model of society that unfortunately has turned the physical appearance into something determining in certain aspects of our day to day, is something undeniable. Physical models such as that girls should be “fitness” and boys “must have a tablet” have become standards that mark, especially, social relationships and work occasions.

And fruit of this model of society have emerged dangerous “fashions” within the world of gyms (beyond the consumption of steroids, which we will not address today) as is the use of substances such as synthol (a type of injectable oil ), normally used by bodybuilding enthusiasts (the only thing they do is distort the very word “bodybuilding”) and that has devastating effects on the health of those who inject it.

What is synthol and what are the consequences of its use?

When we talk about increasing our muscle mass we have three ways to achieve it: the first one, the natural and most recommended, is through diet and hard training in the gym. But of course, this has its limits, and there are those who want to go further. And here comes the second way to achieve a physical that others speak : the use of steroids (which is not going to be the subject of today …). And so we come to the third way to increase our volume: synthol injections.

But what is synthol? The synthol is an injectable oil composed of triglycerides and benzene, designed and developed in the 80s by Chris Clark to improve the results in the bodies of professional bodybuilders when it comes to presenting at a contest or competition. Thanks to this product it was possible to obtain a perfect symmetry or correct some deficiencies in certain muscles.

However, the use of synthol does not produce an increase in muscle mass , but what it does is “stay” inside the muscle, increasing its volume due to its density but maintaining the same strength, since it can only be increased by sweating and Struggling in the gym constantly. In addition, another point to mention is that for the effects to be permanent, the use of synthol must be continuous, with the damages that this entails for health.

What are the consequences of injecting synthol in the muscles?

The continued and abusive use of Synthol will lead, after a time, to the deformation of the muscles and may cause an opening or explosion of the skin, which can lead to a serious infection or amputation of the affected limbs .. Other serious Problems that can arise are those derived from this substance getting to enter the bloodstream, such as cardiac arrest or pulmonary embolism.

In many countries and through the internet you can buy Synthol without any problem, it is not an illegal substance, but given the null benefits it brings and the many problems it presents, it is impossible to recommend the use of this product.

Two clear examples of the effects of synthol: Valdir Segato and Kirill Tereshin

To illustrate the effects of this dangerous fashion that has become fashionable again in recent years (remember that it was something that became popular in the 80s), we have compiled two cases that have recently emerged on social networks and media Communication.

The first one is Valdir Segato, nicknamed the “Brazilian Hulk” and whose case appeared in the media in October of 2016. This Brazilian, who worked in a gym, had as an obsession to own the world’s largest biceps and for that he did not hesitate to inject synthol in his arms. At the time of the news media echo, Segato had a biceps of 58 centimeters, but as we can see in the article published in The Sixth , the aesthetic results left much to be desired.

But if it was striking was the case of Valdir Segato (at almost 50 years), more striking is the case of Kirill Tereshin, a 21-year-old teenager from Russia who did not hesitate to start injecting synthol to get the largest biceps in the world. world(currently the perimeter of his arms is 60 centimeters) and thanks to which he has managed to become famous in social networks.

Tereshin, who has acknowledged that the first time he injected this oil suffered a strong fever, he has assured in an interview he made the newspaper The Sun that “this is only the beginning.”

Although we have not been able to find news confirming it, Valdir Segato apparently lost all four limbs due to the effects of the use and abuse of synthol in his muscles.

Gym and addictions: a dangerous world that you should avoid

Undoubtedly the first thing we can recommend if at some point someone in your gym offers you some substance of this type (whether steroids or substances such as synthol) is to run away without looking back as soul that leads the devil.

In the case of steroids , there are numerous cases of bodybuilders who have suffered serious health problems as a result of its use for decades, and even the use “under medical supervision” saves them from the side effects that these substances have. However, the case of synthol is even worse than that of steroids, since it is a synthetic oil with worse side effects, apart from the aesthetic deformation suffered by those who use it as we can see in the cases of Segato and Tereshin.

Therefore, if what you want is to change your physique and look good in front of people, do not want to go the easy way. Take care of your diet and exercise and people will undoubtedly talk about you and the effort that this physique has meant to you. Otherwise, if you go easy, you will pay with your health.