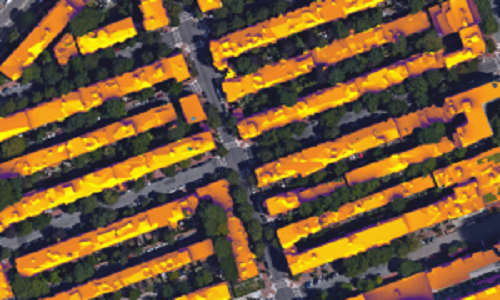 A new project Google wants to become a useful resource to take advantage of advances in electrical self-sufficiency through solar energy. The call Sunroof Project aims to show users the benefits would install solar panels on the roofs of their houses.

Using information from Google Maps this project tries to deduce how much sunlight they receive the roofs of the houses and takes into account parameters such as the angle of roofs, weather or obstacles such as chimneys or trees to calculate how many solar panels we need and how much could save on our electricity bill.

The Google service is only available in small urban areas of the United States, but the idea is to extend its reach to many more areas. Obviously this type of solution is much more likely if you live in an area of ​​houses in which we can install these panels, and the tool also connects users with installers of these systems which assume certain commission paid to Google by initiative-win business with that.

The project aims to promote the use of solar energy in the United States and could be an interesting for other areas of the world where the collection of this energy could be vital to the future idea. In our country, you know that this is an interesting time to consider self-sufficiency, so hopefully that Google soon expand the coverage of the areas covered by the project.