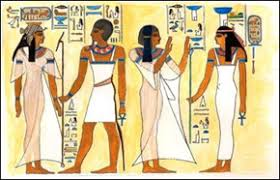 You can be forgiven for thinking that the shirt is a relatively modern garment.  We have adapted the styling of the hirt to suit our needs with different shirt available depending on whether you are looking for formalwear, workwear or perhaps stylish but casualwear like the Mens Farah Shirts that you can find at places like https://www.ejmenswear.com/men/farah/shirts 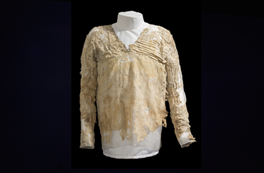 But, the first recorded garment that bears some resemblance to the shirts that we have today is actually from the Egyptian period in 3,000 BC.

The Ancient Egyptians fashioned their garments out of linen as this was a lightweight material that allowed for the air to circulate to the skin and was breathable. This meant that they could keep themselves as cool as possible during the long hot summers. The garments that were worn were also loose fitting in most cases as once again this allowed for the movement of air. The Egyptians used plants and other natural compounds in order to die their materials and to add embellishments. The more bejewelled and decorative a person’s garments were, the higher up the social ladder they were. This also went for their animals. Those in high society often had pets that had collars that were also emblazoned with gems and jewels.