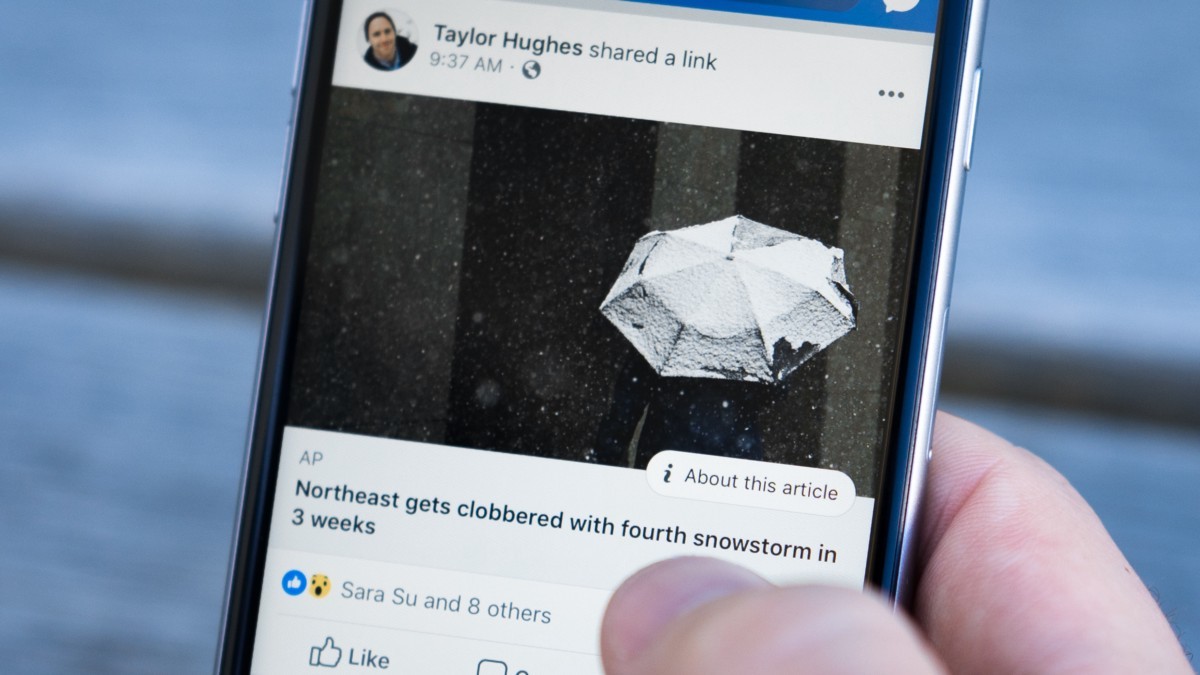 In the midst of the epidemic of false news that social platforms live on the Internet, Facebook is undoubtedly one of the most affected and for two years has been taking different measures to try to recover credibility .

Now, in the midst of the Cambridge Analytica scandal and a recent change in the news feed , new changes have been announced so that users can better understand the context of the news they read on Facebook and can identify them as false, and they will also tell you who your friends have shared articles of dubious origin .

The novelties were explained by Jeff Smith, product designer on Facebook, along with two user experience researchers from the company in an extensive article on Medium . They are the team that is supposed to design in the social network against misinformation.

From now on the news you see on Facebook will have four new “signs” that will indicate your level of credibility:

To see all this information the user must click on a new icon with an “i” that will appear next to the news. There you can use these four signals to infer that so much credibility has a medium, the exact origin of that news, and who of your friends has shared.

These changes are already active in the United States but Facebook’s plan is to activate them soon globally. In fact, it was in Eastern Europe and Southeast Asia where they made their first field tests.