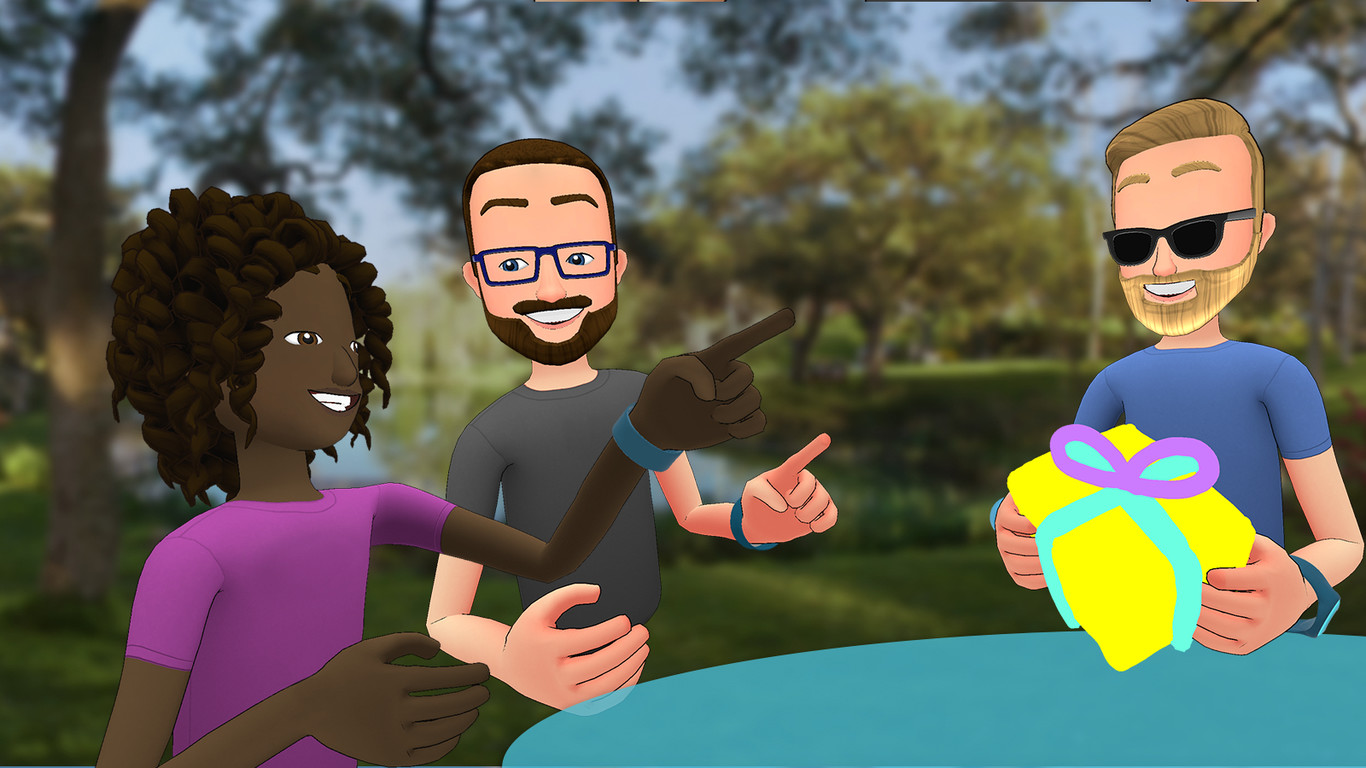 A Facebook that applications and websites is short. The multinational wants to swallow everything inside Facebook : transform the photos we take, the world we see and even the interaction between humans. It is the message that Mark Zuckerberg and the other executives have wanted to make clear to the developers. And to the competition (Snapchat).

For this, they need to develop and break the limits of augmented reality and virtual reality technologies, which are now independent but which in the future will be available through ordinary glasses. A world in which social networks, our environment and the information of the digital era merge into a whole . That is the goal of the “long road” they are traveling on Facebook, Zuckerberg confessed.

Facebook has taken longer than its direct rivals to enter augmented reality. So far it has focused on virtual reality, a more mature market but not a mass market. It remains a niche despite the departure of kits such as Sony’s PSVR. And it will do it through the camera of smartphones , not with its own hardware . Achieving that a traditional glasses or contact lenses are the only necessary kit is still their goal, but for the moment focusing on the phone puts them in direct competition with Snapchat.

“Despite being late, Facebook is putting all the meat on the spit, and the demonstrations they performed on stage seem better than the features presented by Snapchat hours before,” says Jan Dawson, independent analyst of the technology industry. “They will not all be available immediately, but Facebook has the resources to scale quickly in this market and spread these features to many more users than Snapchat.”

The key point is who will attract the developers first and who will give them the best chance to earn money. Facebook, at the moment, has the numbers on its side.

With AR Studio, a tool that presents Facebook to create digital frames, filters and informative labels, any developer can create augmented reality content without having to implement all the necessary technology to detect moving objects, recognize them and follow them even if they are lost sight of. That content will be linked to Facebook.

“Developers tend to produce content on the platform with the greatest impact, and create an ecosystem very difficult to replicate by those who arrive later,” says Amitt Mahajan, investor in the Presence Capital fund and one of the creators of FarmVille. “It’s what happened with iOS and Android: it took Google many years to shorten distances.”

They also presented Spaces, a crucial product to unify its virtual reality division with its main business: social networks and advertising sales. It is an application that allows you to interact with your friends through a virtual space in which you will be represented by an avatar. It is a much more “human” way of communicating through the network, although now it is only reserved for enthusiasts who have an Oculus Rift. Facebook says it will reach more platforms soon.

For Facebook are two key areas with a wide margin of growth where add users and sell more advertising . It is a company that gained 70 million active users per month up to 1,860 million with which it has in its social network. Revenue from advertising soared to 8,810 million dollars. It grows so fast that soon it will not be able to grow more until it connects to the other part of the world that still lives without wireless networks (something that they are already trying to solve with initiatives such as internet.org or Aquila).

With a development platform that facilitates artistic creation and profitability, thanks to the billions of users that are served every month through Facebook, Instagram or WhatsApp, Facebook ensures an income line that can grow at great pace. They will be the ones who break the deck and not their competitors if they manage to offer the best conditions to the developers.

From the show at the conference, Facebook seems to be one step ahead of Snapchat. The problem is that their functions live within their applications, not in the camera of their users’ smartphones. It could be a problem in the future if Google and Apple integrate similar functions in their systems.

Through the mobile, the camera or virtual reality. It does not matter from where, but they will use Facebook. That is the message of Zuckerberg to the developers of a businessman who wants to cover everything in his social network.