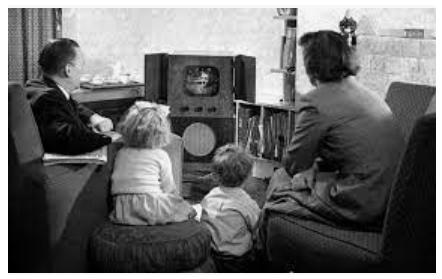 After the Second World War, Britain was ready for some entertainment. During the War years, the BBC’s Television service had been suspended, not that it was getting huge numbers watching it anyway. Television ownership was scarce. TVs were expensive, and getting a good signal depended on a decent aerial for the reception. The same is true today. If you need some TV aerial repair Bristol way, then https://aerial-installations-bristol.co.uk/ is just one of the companies you can use.

Given the price and the lack of programs, there was no way that the British public would give up their Radio, Books, Theatre and Cinema in favour of this new-fangled box. Many TVs were sold as part of an integrated Radio and Record player system. This was very big and intrusive. Many had a cabinet that hid the “vulgar” TV part. Public opinion was very much favoured towards the Radio. Nothing could beat it. It was home to The Goon Show, Dick Barton: Special Agent, topical commentary, the Arts and up to the minute news and weather reports. If the public wanted to see some grand event that had happened, they would see it on the Pathe Newsreels that ran in the Cinema. 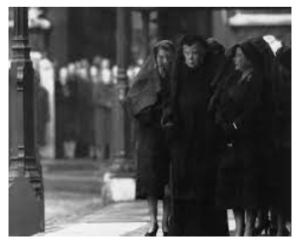 However, one public event was about to change all of that. It’s commonly thought that the Coronation of Queen Elizabeth the Second was the catalyst for  Television ownership, but this is not the case. In fact, it was the death of her father, George VI, and his subsequent funeral that drove the British to buy sets. 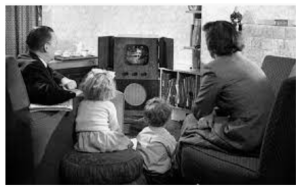 George VI was a hero to the British people. He, and his wife, Queen Elizabeth, The Queen Mother, had refused with their children, Princess Elizabeth and Margaret, to leave the country for the safety of Canada. He wasn’t even meant to be King, being the younger brother of Edward VIII. Edward abdicated the throne so as to marry Wallis Simpson, a North American socialite who was already twice divorced. This kind of thing was scandalous back in the 1930s.

The new King was unprepared and unready. He stammered and was very shy. The mantle of the Crown was not going to sit well on him. However, with strength and determination, he found the courage to stand as the King and was an active part of the war effort. His quiet, calm, stiff upper lip resolve was greatly appreciated. After his passing, it was decided that, against all previous protocol, his funeral would be televised and shown live. Such was the respect for the man that many agreed that they could not miss this important historical event but also be able to say goodbye to this accidental yet noble sovereign.