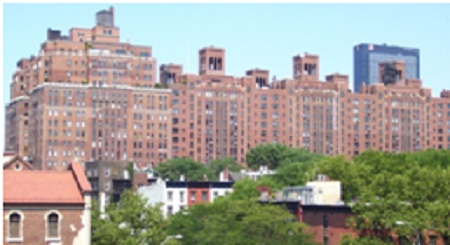 Never far from the business and lifestyle pages of the papers, London property has recently been in the news following a raft of retrospectives of 2015 and predictions for how the market will develop in 2016. The forecasts are complicated this year by the government’s recent announcement of measures which are designed to improve the supply and reduce the cost of housing in the capital. Analysts nonetheless agree that property prices are likely to continue to rise in London during the next twelve months. Here is a look at the reasons underpinning the experts’ predictions and ways Londoners can deal with rising house prices.

Why Are Prices Expected to Rise?

In early December, the Independent published a feature stating that London homes now cost three times the United Kingdom average. Market analysts believe that this will remain the case during 2016 for several reasons. The chief factor is that the London economy is expected to grow during 2016, and the capital will therefore attract increasing numbers of people from around the UK and elsewhere, with all needing homes.

Equally, commentators expect investors from various overseas countries, notably China, Iran, India and the United States, to buy properties in London. The supply issues occasioned by this will continue to put pressure on prices, and the government’s proposals for cooling down the market and increasing supply are unlikely to be implemented or calm prices in the short term.

What Can Londoners Do in This Climate?

With house prices continuing to rise, many Londoners are expected to carry on the recent trend of extending their property rather than moving. This has proven to be an effective strategy for people needing more rooms, for example, but lacking the resources to buy a bigger home. It can also enhance the value of a property when the owner decides to sell. There are pitfalls to extensive remodelling, as an article in the Guardian illustrated, but improvements such as loft conversions in London that are provided by various companies, including www.uksmartbuild.com, can be a cost-effective and value-enhancing solution to your housing requirements.

The London property market appears to be set for another year of growth. If you need more room and are finding prices prohibitive, improving your current residence could be the ideal strategy.