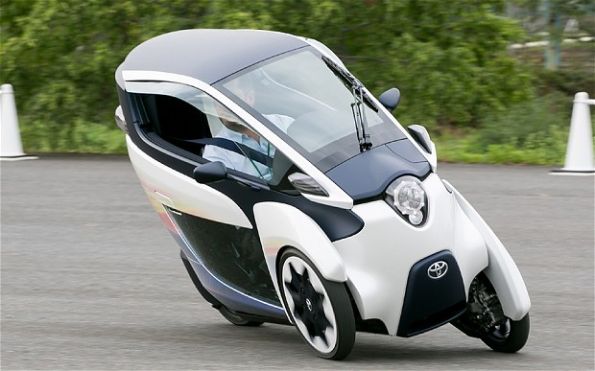 The sustainable mobility is presented as one of the goals to which many different automobile firms intend to reach with the creation of its new and most advanced models. Such is the case of the new Toyota i-Road, which combines the features of a motorcycle with a car.

The possibility of reducing emissions of polluting gases into the atmosphere is an ideal that could be applied in our routine life thanks to the new fleet of vehicles launched in the city of Paris with the Toyota i-Road aforementioned as standard -bearer for this new action.

The main objective of this campaign sustainable mobility aims to bet on the use of electric cars that will be spread throughout the city that can rent and which will become the perfect complement to the public transport network.

However, beyond being more efficient and environmentally friendly, another of the peculiarities of electric vehicles like the new Toyota i-Road is in its unique design. Depending on the perspective, we sometimes seem that we have a car, but others will resemble a motorcycle. Specializing in car sharing company known as Cité Lib and Toyota undertaken in the French city of Grenoble, France, this project, in order that it be extended to other cities worldwide.

With a total of 70 models, among which include a total of 35 vehicles Toyota i-Road, these cars not only reduces the predominant pollution in the environment, but at the same time their small size, just take up space in compared to a conventional car, since it can fit a total of 3 models of this type in a conventional garage space.

Tourists or users who want to rent these vehicles may register in the system through a simple application, which can be accessed from your mobile device. Thanks to its amenities; you’ll know the availability of vehicles and location of the stations.

Because the costs of private acquisition of an electric car, has promoted this new alternative, whose price depends on the driving time. To give you an idea, the first 15 minutes cost a total of three dollars. You can pick up your car at one station and leave comfortably in one without compromise.

What you think about you the new project led by Toyota i-Road as an example of sustainable mobility?