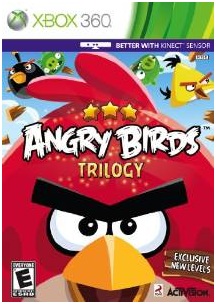 The mobile app market generates vast amounts of cash for developers and manufacturers alike. And it has risen to prominence in a relatively short amount of time, with the rapid growth being dotted with a few stand-out successes. Here is a look at some of the apps which became hits almost overnight and left a lasting mark on the industry.

Perhaps the original app store mega hit, Angry Birds is more than an app franchise; it is a global phenomenon responsible for cuddly toys, clothing and even an upcoming movie. The fact that its developer has seen a big dip in revenues this year does suggest that there is a time limit on any app’s popularity.

This frustratingly difficult and impossibly addictive game was such a hit that its creator initially became overwhelmed with the success and took it down from various app stores. It has since been reinstated and has spawned not only an army of copycat games, but also its own range of merchandising, following in the footsteps of Angry Birds.

Perfecting the free to play model of mobile gaming, Candy Crush Saga is a lucrative and much-replicated puzzle game that benefits from simple gameplay combined with paid-for special features and extra lives. As with the biggest mobile hits, it is also very difficult to put down, costing some players large amounts of cash if they are not careful.

Perhaps the biggest grossing app of the moment, Clash of Clans is a strategy game which, like Candy Crush, encourages people to pay real money for in-game items which will benefit their ability to win. But in this case the battle is not against the computer, but instead real players elsewhere in the world.

Of course all of these apps could not have become overnight hits without proper planning and careful testing prior to release. Software testing Services are available to aspiring developers looking to replicate these global phenomena and should not be overlooked.
Doodle Jump

Before Angry Birds, there was Doodle Jump, a big seller by the standards of 2009 which managed to get in on the app store game before many others had started to take note. With tens of millions of copies sold and critical acclaim to back it up, it has even managed to transcend the mobile market and appear on home console platforms.

The ultimate in casual gameplay satisfaction, cut the rope offered users a simple yet addictive way to engage with newly emerging touchscreen devices upon its launch. And with colourful, cute graphics and candy-based munching at its heart, it helped to influence the market in a multitude of ways.

A number of endless running simulators have emerged on mobile app stores, with Temple Run leading the pack in terms of popularity. More than a billion downloads of this title, along with its sequel, have been earned and it remains a major money maker for developer Imangi Studios.

Are apps just for gaming?

Businesses are very much getting into the app era, now more and more industries all over the world are taking advantage of the benefits that apps can have.

Whether you’re a hairdresser looking for a loyalty app or a car dealer looking for used cars to sell, there are apps available for most businesses irrelevant of your size and niche.

Agencies like mynt-apps.co.uk can help by developing the right app for your business.

So whether you’re looking for the next big game or an app to help you find something or someone keep your eyes peeled as we are only at the beginning of the app revolution.